The Path of Wisdom 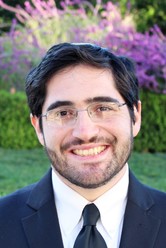 My son just finished kindergarten, and what felt like the first year of a true education. He learned simple math and reading, memorized a few Hebrew words, and can explain basic scientific principles. Yet despite knowing more than he ever has, I noticed his mind would wander in one of two directions. On the one hand was complacency, and on the other, limitless curiosity.

This post-modern, technologically ubiquitous world we inhabit is very complicated. We have generations of great minds and unprecedented resources to thank for a world which runs so smoothly that it’s easy to miss. Cars drive, cell phones pull up websites, airplanes take off, Grandma calls on FaceTime.

Because there is so much that so many do not understand, the technology of everyday living is easily overlooked, especially by children. For this reason, it is paramount to teach children not to take the little things for granted, and for this, parents are in a unique position. Parents can create a household where questions are welcomed enthusiastically, where not every question needs an answer, and where the most exciting questions are the ones that require some research.

On one of our walks around the neighborhood I asked my son - “How do you think an airplane flies?” He thought for a moment, “I don’t know! Maybe...maybe it goes so fast that it...flies?” My son does not know the answer, and neither do I, but what he has learned is that it is ok, exciting even, to question the world around us.

We learn from our Mishna that parenthood is judged on a sliding scale. On one end, there is the biological reality of parenthood, the recognition that we owe the fact that we are alive to our parents. This, as noted in our Mishna, merits respect, but not the level of respect due to a teacher. We return this parent’s lost object, just not first. On the other side of the scale you have a picture of a parent who is a “hacham,” a parent who not only brought a child into this world, but instills wisdom in them. This, a parent can do uniquely well, because wisdom is not taught, but cultivated. And like anything that grows slowly, its success depends greatly on its environment.

This Father’s Day, I hope that, as parents, teachers, and members of a community in which children’s minds grow, we teach them to be wise. May we teach the next generation to ask questions and wonder about the world around them, and create for them an environment where curiosity can flourish, even and especially if we do not know all the answers.