On the Cusp of Freedom 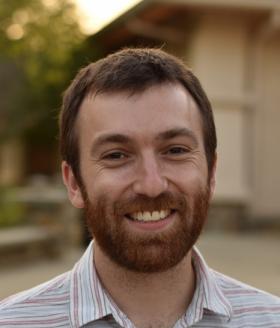 Director of Immersive Experiences and Engagement, Intro to Judaism

Morris serves as the Director of BCI and Director of Immersive Experiences at American Jewish University.  He cherishes the opportunity to partner with people who are seeking meaningful connection to Jewish wisdom and community.  Morris received rabbinical ordination from the Ziegler School of Rabbinic Studies and was a recipient of the Wexner Graduate Fellowship.  Prior to rabbinical school, he combined his love for Jewish, experiential education and environmental sustainability as the Program Director of the Pearlstone Center in Baltimore, Maryland.  Morris completed a Certificate in Jewish, Experiential Education from Yeshiva University and received his B.A. from the University of Maryland in philosophy and Jewish Studies.  Morris loves hiking and gardening with his wife, Elana, and two children, Ziva and Matan.

Leaving Egypt is a recurring event.  Beyond the individual, who is obligated on Passover to reenact the journey from bondage to liberation, the exodus story became a narrative within which political events have been located and understood.  For numerous and varied movements throughout history, leaving Egypt is the “story [that] made it possible to tell other stories.”[1]  Egypt is removed from the coordinates of space and recast as a system of oppression, all too capable of mutating to meet its unjust aspirations.  But, facing Egypt are the determined and well-travelled Israelites, whose march to the Promised Land demonstrates to the generations that follow that the forces of liberation emerge victorious.

In 1956, on the second anniversary of the Supreme Court’s school desegregation decision in Brown v. Board of Education, Dr. Martin Luther King Jr. delivered a sermon at the Cathedral of St. John the Divine entitled, “The Death of Evil upon the Seashore.”[2]  Here too, the Exodus story served as a mold in which to pour present day injustices: “the Egypt of segregation...the great struggle [of the African-American] to free himself from the crippling restrictions and paralyzing effects of this vicious system.”  In the narrative of the Torah, leaving Egypt is simultaneously slow and harried, exacting and chaotic, deliberate and uncertain.  The devastation to Egyptian society of the first nine plagues was insufficient due to the ever-hardening heart of Egypt’s ruler.  Only after the tenth plague does Pharaoh seemingly relent and agree to let the Israelites go.  Yet, as was his pattern, Pharaoh was determined to keep the Israelites enslaved so he and his chariots pursued the fleeing Israelites to the bank of the Red Sea.  Pharaoh would not prevail.  Whereas the Israelites safely crossed the parted sea, “the waters turned back and covered the chariots and the horsemen-- Pharaoh’s entire army that had followed them into the sea, not one of them remained.”[3]  In the Israelites’ long march to freedom, of which leaving Egypt was only the first leg, Dr. King lingers at the Red Sea.

He delivered, “This story symbolizes something basic about the universe. It symbolizes something much deeper than the drowning of a few men, for no one can rejoice at the death or the defeat of a human person. This story, at bottom, symbolizes the death of evil. It was the death of inhuman oppression and ungodly exploitation. The death of the Egyptians upon the seashore is a glaring symbol of the ultimate doom of evil in its struggle with good.”  For Dr. King, there are pivotal moments in human history and in the stories of every liberation movement that illustrate the eventual triumph of good over evil.  Eventual because the road ahead, for both the Israelites and those pursuing racial justice in America, is longer than it should be.  Speaking in 1956, Dr. King is well aware of the work that remains, yet he sees in both the collapsing waves of the Red Sea and the banging of the gavel in the Supreme Court a confirmation of his faith.  “There is a Red Sea in history that ultimately comes to carry the forces of goodness to victory, and that same Red Sea closes in to bring doom and destruction to the forces of evil.”

Looking down from the Divine realm, the Talmud relates, the angels see the Israelites safe on dry ground and break into song.  God responds, “The work of my Hands are drowning at sea, and you sing?!”[4]  While the setting for this exchange is heavenly, the message is to be internalized here on Earth.  Human suffering, in any form, race, or creed, is to be lamented.  And, perhaps God’s anguish is also found in the knowledge that the “poor drowned body beaten upon the seashore”[5] could have died differently if it had lived righteously.  Egypt might be an ongoing state, but Egyptians can turn their backs on it, joining the “mixed multitude”[6] that left Egypt to advance a new vision for society.  The struggle for freedom can liberate not only the oppressed but the oppressors.  “Let us remember,” Dr. King closed his sermon, “that as we struggle against Egypt, we must have love, compassion and understanding goodwill for those against whom we struggle, helping them to realize that as we seek to defeat the evils of Egypt we are not seeking to defeat them but to help them, as well as ourselves.”  Next year in the Promised Land.

[2] Full text of Dr. King’s sermon can be found here