Will you write me a letter of recommendation? 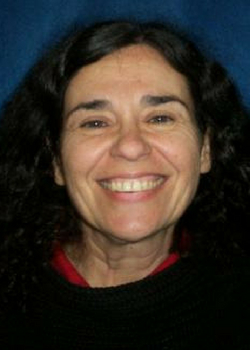 Janet Sternfeld Davis is a Lecturer in Rabbinic Studies at American Jewish University. She teaches Mishna, Tosefta and Talmud in the Ziegler School of Rabbinic Studies and Introduction to Talmud for AJU’s  Graduate Center for Education. Davis has also served as coordinator of the Bet Midrash since 2000.

From time to time I am asked to write letters of recommendation for a former employee or student. It's an honor because it means a person thinks I know them well enough to trust me to help them with the next step in their life. It's also a heavy responsibility because I'm signing my name as a kind of guarantor for their abilities and character. I also have the opportunity to read these same recommendations to determine whether a person is appropriate for a job or a school. Frequently, I have to decode the letter to figure out what the writer is trying to communicate.

The challenge is how to determine who is a good candidate for a position. What qualifications do we currently think make someone a good fit for our position? What skills and traits might strengthen and develop our school or workplace? What is the role of potential? What are the warning signs that this is an inappropriate choice? These questions are uppermost in the mind of the applicant, the recommend-er, and the decider.

For example, "'x' is an excellent tactician, a team leader who cares about others, is self-deprecating, and is not afraid to break a rule or two to accomplish great things."  Is this a good candidate or not? What is more crucial, the tactical skills and open approach to leadership, or a tendency to ignore direction from "upper management"? Do we think the applicant can fit into our culture or not? Should the recommendation have been so honest about "breaking a rule or two"? It's difficult.

Before our haftorah begins, the people have asked the Prophet and Judge Samuel to choose a King as his successor. God reluctantly agrees. God chooses Saul, a tall, handsome, well mannered young man who cared for his father's animals. When Samuel tells Saul of this opportunity; Saul is surprised, saying he is only from a small tribe - why should he be King?  Nonetheless, Samuel does anoint him and make him King.

In our haftorah, Samuel must inform Saul that God repents of making him King because he did not obey the instructions to totally destroy the Amalekites. Samuel accepts God's decision to reject Saul's kingship, and has to negotiate that rejection as Saul now wants to keep the job he once questioned his right to hold. Samuel himself fulfils God's command to kill the King of the Amalekites.

I am most struck with Samuel's first reaction to God's decision to reject Saul: "Samuel was grieved/ enraged and cried to Yahweh throughout the night" (15:11). Why was he grieved/enraged? What did he cry out?

Two commentators (Metzudat David and R. Yosef ben Simon - Kara) disagree about whether Samuel was angry at himself or Saul. But both agree he cried out/prayed to God on Saul's behalf. In Bavli Taanit 5b there is a discussion of this verse in the context of asking why Samuel died at 52 years old.  There Samuel asks God why his achievement (Samuel anointed Saul King) was to be annulled in his lifetime, in front of his eyes? This had not happened to Moses and Aaron and their protégé Joshua. The result of this prayer was for Samuel to prematurely age and die (but not in a way which shamed him) and for Saul to rule a few years after Samuel's death, so that Samuel did not see his chosen successor's downfall.

When we write recommendations, or accept students, or hire employees, we don't always know if the position is a "good match" between the institution's needs and the applicant's skills and personality. Often we don't know if our "take" on applicants (positive or ambivalent) is correct for the situation they are entering. Recommenders and deciders alike just know we want to assist good people and institutions to find each other and do well. It is important to us - our names are attached to these letters and decisions.

Tonight we will read of another recommendation for a royal position which starts with a similarly attractive, well-mannered young person who turned out to have nerves of steel, and a creative, think-outside-the box mind. Two recommendations and two consequences. Could we have forecast either?