What Makes for a Holy Rebellion 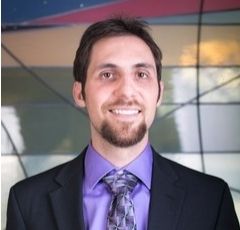 Admissions Coordinator for the Ziegler School of Rabbinic Studies

Rabbi Ben Richards works as the Admissions Coordinator for the Ziegler School of Rabbinic Studies of American Jewish University. Upon receiving ordination from Ziegler in 2018, Ben moved to San Antonio, where he served as associate rabbi at Congregation Agudas Achim, a delightful 600-member Conservative synagogue, for three years. Rabbi Richards grew up in the Conservative movement in the San Fernando Valley, learning and working in various capacities at Shomrei Torah Synagogue. He is passionate about rabbinic literature, music, and gratitude.

If one had to briefly describe the Fourth of July, they might say that it is a holiday commemorating a rebellion by America against their British ruling power. In acquiring this independence, America was able to forge a land open to diverse views and population groups, something we commemorate on Independence Day (also known as the Fourth of July). It is interesting that this year, as we approach the Fourth of July, we find that it directly follows parshat Korach. And parshat Korach contains perhaps the most famous story of rebellion in the Torah, that of the rebel leader, Korach and his 250 followers. As we recall, Korach was an Israelite leader who argued with Moses about who should have authority and power amongst the Israelites. The difference between the two rebellions is that America’s was rather successful, and Korach’s lead to the death of himself and his followers.

The question is, why do we paint Korach as a villain and early Americans as the heroes, when both seemed to be advocates for democracy? After all, didn’t Korach approach Moses saying, “All the community is holy, as God is in their midst. Why then do you raise yourselves above God’s congregation (Numbers 16:3)?”
Korach’s question seems rather fair; after all, if all of the Israelite people are called a “kingdom of priests” (Exodus 19:6), why should only Moses and his Levite relatives get to be the priests and leaders?! Is it because Korach’s rebellion failed that we decided he was a problematic rabble rouser?

Our rabbis seemed troubled by what Korach’s crimes could have been based on our Torah text, and utilized a number of midrashim and commentaries to pinpoint what Korach was really doing. Rather than Korach doing it in the name of democracy or independence, Midrash Bamidbar Rabbah 18:3 suggests different motives:

“Korach asked Moses: In the case of a house full of Torah scrolls, what is the rule about it being exempt from having a mezuzah? Moses said to him: It is required to have a mezuzah. Korach said to him: Since the whole Torah has two hundred and seventy-five parshiot in it and they do not exempt the house, would the one parsha in a mezuzah exempt the house?!... “Now Korach took”-“took” can only be a word of discord, in that his heart carried him away.”

According to this midrash, the problem in Korach’s behavior here is seen as Korach attacking the received laws from God, and therefore fighting God. Others see the questions as trick questions, utilized by Korach to sow dissension and distrust in a well-functioning system. But my favorite commentary comes from Bartenura when he comments on Pirkei Avot 5:17, “An argument not for the sake of Heaven will not endure…such as the argument of Korach and his followers.” Bartenura says for Korach and his followers “that their aim and ultimate intent was to achieve honor and power.” This comment syncs well with the Midrash Rabbah on Korach “took” meaning that his heart and own needs took over. Korach’s rebellion could have been a valiant and heroic one, if he hadn’t allowed his ego and needs to get in the way. In his pursuit for power and honor, Korach forgot who he was trying to help, the people. And in doing so, his rebellious band were all swallowed into the Earth, their plans dashed.

Korach likely started with great intentions, but over time the goals of the rebellion became muddled. When Korach started embarrassing Moses publicly, sowing dissension among the Israelites, and perhaps pushing for his own greatness, the fight stopped being for the sake of heaven and had to come to an end.

It makes one wonder about the American revolution. True, things seemed to work out for America as independence was established and democracy implemented. But perhaps the main reason this worked was because of how many checks and balances were inserted into the system, how many egos were put down and personal needs sacrificed for the greater good of the nation. And honestly it still isn’t an all or nothing. It’s likely that various personalities could have derailed the establishment of independence. If George Washington had decided to become a monarch instead of a president, America might look very different.

The dispute and split had worthy causes and intentions behind it, and therefore was for the sake of heaven. Rebellion, change, argument and disputes often start in worthy places but don’t always remain there. As we saw in the case of Korach, his goal of democracy and equality was commendable, but quickly got derailed as his ego and personality got in the way. An argument initially for the sake of heaven quickly became one not for its sake. If Korach, one of the great minds and leaders of his generation could allow his ego to get in the way of truth, how much more so could our own egos obscure worthiness and truth.

Therefore, this Fourth of July, I hope you get the time to celebrate a change for the sake of heaven that led to the establishment of a worthy country. And I also hope that we each take to heart how easily leadership can turn from being about the people to being about the self. How quickly we can accidentally turn from our worthy motives to unworthy ones. And how humility and partnership in most things can serve to ensure that our arguments and causes are for the sake of heaven and adding holiness to our world.