What Does It Mean to Forgive? 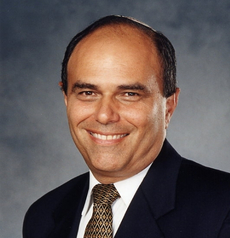 Dr. Robert Wexler served for 26 years as president of American Jewish University (AJU) in Los Angeles. During that time, he established the Ziegler School of Rabbinic Studies, built the Shapiro Synagogue, the Ostrow Academic Library, and the Sperber Jewish Community Library and oversaw the acquisition of the Brandeis-Bardin Institute. Dr. Wexler has taught at Princeton University in the Department of Near Eastern Languages. He received his B.A., M.A. and PhD degrees from UCLA and his MBA degree from Baruch College (CUNY).  He also received an M.A. in Jewish Studies and was ordained as a rabbi at the Jewish Theological Seminary. Currently, Dr. Wexler serves as the Colen Distinguished Service Professor at AJU and as an organizational consultant to a variety of non-profit organizations in the Jewish community.

My interest in the mechanism of forgiveness was particularly stirred when I watched Stephen Frears’ film, Philomena (2013).  Although much-fictionalized, the film was based on an actual investigation conducted by journalist Martin Sixsmith who claimed that the Irish Catholic Church had forced unwed mothers in their care to give up their children for adoption.

The real Philomena Lee was one such mother.  In the film version, Philomena joins Sixsmith on an expedition to the United States to find out what happened to the son who was taken from her by force.  Ultimately, they discover that her lost son had died of AIDS, but before doing so had made his way back to Ireland, to Sean Ross Abbey, the place of his birth, in the hope of locating his biological mother.  One of the nuns he met there knew full well how to contact Philomena, but she deliberately withheld that information from him.

In the final scenes of the film, Philomena, accompanied by Sixsmith, travels to Sean Ross Abbey simply to visit the grave of her son who had elected to be buried there. Sixsmith, however, is determined to find the vindictive nun who had prevented the mother-son reunion, and he confronts her and upbraids her for her cruelty.  Unrepentant, the nun insists that the immoral young women who became pregnant out of wedlock deserved to lose their children.  At the precise moment of this confrontation, Philomena enters the room and announces that she forgives the unapologetic nun.  Sixsmith is shocked by Philomena’s pronouncement and expresses his deep anger, to which Philomena responds by saying that his anger “must be exhausting.”

What I found so compelling about this climactic finale is the fact that Philomena forgave the nun even though the latter was unrepentant and felt completely justified in having denied a dying man his wish to be reunited with his birth mother.

I have difficulty understanding what it means to forgive someone who does not want to be forgiven.  Judaism teaches that transgressions against God can be forgiven through sincere repentance and the mechanism of the Yom Kippur ritual.  For transgressions against other human beings, however, our tradition requires us to admit our fault before the offended party and seek forgiveness.  Furthermore, Maimonides in his Hilchot Teshuva (the Laws of Repentance) states clearly that if we are the offended party, and if we are offered a sincere apology, we must forgive the offender.

Philomena made it clear that her offer of forgiveness was based on her desire not to hate anyone.  Her forgiveness, then, had very little to do with the person who offended her.  It was rather an act intended to provide her with a spiritual and emotional release.  This approach to forgiveness that emphasizes “moving on” with one’s life seems to be consistent with the teachings of the Catholic Church.

Fundamentalist Protestants have a different and arguably more radical understanding of the concept of unsolicited forgiveness.  Pastor John McArthur of the Grace Community Church in Southern California explains that “Forgiveness is a statement of undeserved, unearned love, that says no matter what you’ve done, there is no anger…I do not hold you guilty.  I do not blame you.”  In other words, the value of forgiveness is not that it allows the offended person to get on with his or her life, but rather forgiveness is an unconditional act of love that does not depend on the nature of the offense committed nor on the offender’s interest in atonement.

Jewish tradition cannot view forgiveness in the same light.  Forgiveness without an acknowledgement of fault on the part of the offender is inconsistent with a Jewish sense of justice and our understanding of human nature.  Maimonides outlined a mechanism of repentance intended to heal relationships—whether the relationship between a human being and God or the relationship between two individuals.  We are not expected to forgive when our forgiveness has not been sought.  On Yom Kippur, or at any other time for that matter, we do not forgive just so we can “move on” in our lives, although that can certainly be an additional benefit, nor do we absolve unremorseful wrongdoers of their culpability merely as an act of pure love.

Yom Kippur reminds us that, contrary to the pessimistic statement in Ecclesiastes, “What is crooked cannot be made straight,” when it comes to relationships, repair remains a possibility. Whether we are the person who seeks forgiveness or the one who offers it, we do so out of an earnest desire to reconnect and to restore those cherished relationships that stand at the very center of our lives.