Thoughts on the First Three Aliyot 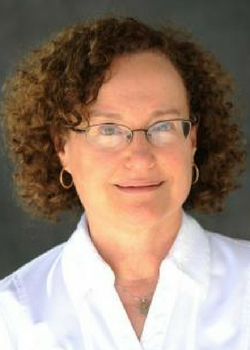 So much happens to the Israelites in Parashat Hukkat that, perhaps like life itself, it is sometimes difficult to know where to focus. As our rich parashah moves quickly from incident to incident in the lives of the Israelites, I invite you to slow down, take a breath, and give yourself time to consider each incident and what it may mean for us today. Here are some thoughts on the first three aliyot of the parashah.

The previous parashah, Korach, ends with God's instructions concerning the priests' and Levites' share of the gifts and tithes the people bring to the tabernacle. Hukkat opens with the ritual law of the parah adumah, the red cow whose ashes are mixed with water and used to purify those who have been made ritually impure by coming into contact with a dead person. One who comes into contact with a dead person is set apart as ritually impure for seven days, and those who prepare and touch the ash-water which helps him are themselves made impure for one day. This ritual speaks to us about death's impact, not only on those with the most immediate contact, but also on those who help them. I am reminded of today's crucial admonition to "heal the healer". How do you react to this biblical ritual, which at once purifies the impure yet renders the pure temporarily impure?

Next, the Israelites enter the wilderness of Zin. Forty years have passed since the Exodus, and Miriam dies, as must all the generation that knew the slavery of Egypt and the wonder of Sinai. We might expect the next verses to speak of the people's mourning for the prophetess, but instead, we hear their complaints to Moses and Aharon about the lack of water. It is the juxtaposition of Miriam's death and the complaints about water that gives rise to the rabbinic stories of Miriam's well, a fabulous well that accompanied the people on their journey from Egypt until Miriam's death. Our rabbis say that this well is an example of "measure for measure" – just as a young Miriam waited by the river to see what would become of her brother Moses, so God rewards her later through the water of the well. Water is often a metaphor for Torah. How might that play out in this story and what follows? Why is Miriam's death covered in one verse, while Aharon's death, later in our parashah, merits so much detail?

In response to the people's complaints about water, God tells Moses to assemble the people and to order a rock to bring forth water. Instead, Moses insults the people, calling them rebels; then hits the rock with his staff. The people have water, but Moses and Aharon are punished and told they will not enter the land of Israel. Our parashah implies that this punishment is due to their lack of trust in God, which led Moses to hit the rock rather than following God's instructions exactly. Commentators suggest that it is Moses' anger and loss of self control that leads to the punishment. Some say that it is because he insulted God's people, rather than reasoning with them. He acted impulsively, rather than considering and following God's instructions carefully. Whatever Moses' transgression, what did the seemingly silent Aharon do to deserve his fate?

As you read through this rich parashah, please take the time to breathe and to consider each step in the Israelites' physical, emotional and spiritual journey to the Promised Land. Each aliyah brings food for thought, as we watch our ancestors deal with death and loss, physical and spiritual thirst and hunger, political negotiations, and emotional and actual battles. And don't forget our wonderful Haftarah. It ends with a vow made in the haste of exultant victory. As you read this vow, ask yourselves: What comes next? I invite you to read further in the book of Judges and to find out.