The Secrets of Motherhood 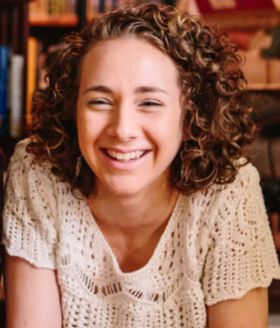 Rabbi Myra Meskin is the Associate Director of the Maas Center for Jewish Journeys at the AJU, where she’s honored to walk with those engaging in meaningful identity formation through the Ziering BCI Program, the Miller Introduction to Judaism program, Marriage for Life, and the AJU Community Mikveh. A graduate of the Ziegler School of Rabbinic Studies at American Jewish University, she holds a Masters in Experiential Jewish Education from the Jewish Theological Seminary and studied in the Pardes Experiential Educators Program. She currently lives in Boston with her husband Rabbi Ben Gurin and their daughter Eleanor.

Jewish tradition holds many stories of mothers and those seeking to be mothers, of step-mothers and mothers-in-law, and even of adoptive mothers. One challenge for those of us seeking the tradition from a female-identified perspective is that while there exist stories about us, these stories are rarely interpreted by us. Therefore, in honor of Mother’s Day, I’d like to share a modern midrash – a mode of biblical interpretation originally utilized by the rabbis which has now been reinvigorated by modern women. A compilation of modern midrash written by women is called Dirshuni, literally "Interpret Me," was compiled by editor Tamar Biala and houses over 150 midrashim; one of which we will study today and distinguishes the characteristics of motherhood through the actions of an unlikely mother of a prophet of Israel.

Our midrash appears in the second volume of "Dirshuni," in a section recounting stories of Israel in Egypt. "The Midrash of Pharaoh’s Daughter," who in the book of Exodus is unnamed is written by Gili Zivon, who is inspired by an existing rabbinic midrash (Vayikra Rabbah 1:3) on a verse from I Chronicles (4:18) which recounts the descendants of "Bityah, Pharaoh’s daughter." Playing on the name she's given in the book of Chronicles, the question the midrash seeks to answer is: Is she the daughter of Pharaoh (bat Par’oh) or is she [really] the daughter of God (bat Yah)? The midrash answers the question by noting the compassion Bityah shows to Moses claiming that by willingly ignoring and undermining her father’s decree by taking Moses in, she extracts herself from her father's domain. Said the Holy One: She who shows mercy to My child, shall be to me as a daughter; and she is thusly called Bityah (bat-Yah), the daughter of God.

The existing midrash from Vayikra Rabbah is a popular one and for good reason. It demonstrates that through our actions, most notably compassion for the "other," even a member of an abusive and idolatrous nation can become one of God's beloved children. However, when we bring a female voice to bear on this midrash, in this case the voice of Gili Zivon, the result adds a whole new layer of meaning to the text and a new layer of respect and honor to the actions of Pharaoh's daughter.

Zivon’s midrash begins: In what manner did she show compassion? Go and see how the prophet Isaiah learned from the actions of Pharaoh’s daughter. In a classic midrashic move, Zivon compares the verses that describe the actions of Pharaoh’s daughter to one of the most well-known sections from the prophet Isaiah, which is read each Yom Kippur. In order to claim that the verses are linked, in this case, they are linked by the fact that Isaiah's actions are modeled after those of Pharaoh's daughter.

The midrash takes the verses section by section, noting similar words and actions that parallel one another. In Exodus, Pharaoh’s daughter "saw" the basket (2:5) – she saw and did not turn away, and Isaiah asks us to "see the naked, to clothe him." Bityah sent her maidservant to fetch the basket – she did not close the shutters of her heart, and Isaiah responds, "to send the oppressed free." She took in the basket – rather than asking "what is he to me?" Isaiah therefore instructs us "to take the wretched poor into your home." She "opened" the basket (Exodus 2:6) – and opened her heart to a baby who wasn’t of her own people, as Isaiah says: to unlock the fetters of wickedness. And she saw that he was a Hebrew, for Isaiah, "to see…and not to ignore."

Thus Bityah, the daughter of Pharaoh, becomes a mother and a guide to us in every generation. For our mothers are those who opened their hearts to us, who look at us in our darkest moments and see our potential, who hear our cries and take us in. May we be blessed this Mother’s Day to know and celebrate women whose compassion takes after our mother Bityah.