A Nation of Neighbors 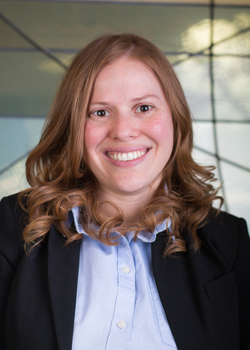 Rabbi Rachel Marder is a 2018 graduate of the Ziegler School of Rabbinic Studies.

Before Rev. Dr. Martin Luther King Jr. took the stage in 1963 at the March on Washington to offer his prophetic, "I Have a Dream" speech, Rabbi Yoachim Prinz, the president of the American Jewish Congress, spoke about the danger of America becoming a "nation of onlookers," bystanders who remain silent in the face of segregation and inequality. The German-born Rabbi Prinz knew this experience all too well, having served as a rabbi in Germany before being arrested by the Gestapo several times. He was ultimately rescued by the sponsorship of Rabbi Stephen Wise to come to the US in 1937.

"A great people which had created a great civilization had become a nation of silent onlookers," he said of Germany. "They remained silent in the face of hate, in the face of brutality and in the face of mass murder." It is the onlookers, more than the perpetrators, who allow cruelty and injustice to continue. Rabbi Prinz spoke about a Jewish way to combat this phenomenon: the mitzvah of loving one's neighbor as oneself. "Neighbor is not a geographic term. It is a moral concept. It means our collective responsibility for the preservation of man's dignity and integrity." We are all each other's neighbors, and loving one's neighbor means acting on one's love.

The Egyptians, who did not see the Israelite slaves as their neighbors, chose not to see or speak out to Pharaoh about their suffering. Egyptian blindness to 400 years of Israelite suffering is made manifest during the plague of darkness. The Torah teaches that the darkness that descended on Egypt was so thick that it could be touched -- just as thick was the Egyptians' denial that their society needed to change, requiring 10 horrific plagues to break it. During the plague of darkness, the Egyptians could not see one another's faces, nor leave their homes, while the Israelites "enjoyed light in their dwellings" (Exodus 10:23). According to midrash, this means that Israelites were able to see as usual even in the home of an Egyptian (Exodus Rabbah 14:3).

How could it be that the Israelites could see while the Egyptians were shrouded in darkness in the same place? Such is the case with a society when one people is impervious to another's suffering. God is putting on display the "darkness" in which Egyptians were living all the time; their closing themselves off from Israelites and choosing not to see Egyptian society for what it was, and their willingness to benefit from a society built on the backs of slaves. Even when an Israelite would walk into the home of his Egyptian neighbor, the Egyptian would not see him. The Israelite minority could see its painful reality clearly, but Israelites and their suffering were invisible to Egyptians. Egyptian society was a nation of onlookers.

We American Jews have an obligation more than ever to keep our eyes open to cruelty against our neighbors and to love them by speaking out on their behalf when their dignity and integrity are threatened. Let us remember Rabbi Prinz's words: Neighbor is not a geographic term. It is our Torah obligation, born out of our people's experience to be a nation of neighbors, not a nation of onlookers.