Mother’s Day: A Celebration of Love and Forgiveness 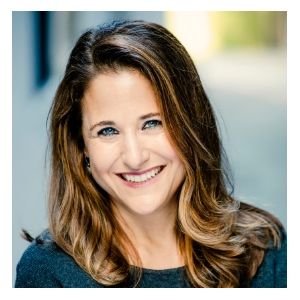 Rabbi Hirsch has a broad mandate ahead of her - to reimagine Jewish education, outreach and engagement by leveraging AJU’s wide-ranging platforms.  She will also be providing intellectual leadership for AJU’s Whizin Center.

Rabbi Hirsch made headlines as the first female rabbi at Sinai Temple, the largest Conservative congregation on the west coast. In her most recent role as Senior Rabbinic Scholar at Hillel International, Rabbi Hirsch created and developed Hillelwell, an initiative for Hillel's worldwide to become the recognized address for preventative mental health. A thought leader on spirituality and religion, Rabbi Hirsch has appeared on the Today Show, ABC News, Extra, and PBS, among other outlets, and has been a contributor to Time.com, Oprah Magazine, the Jewish Journal, the Hollywood Journal, and more. She is the author of “Thresholds, How to Live Fearlessly and Regret Free” (featured in “Hot Type” in Vanity Fair), and “We Plan, God Laughs, What to do When Life Hits You Over the Head” (recognized on Amazon’s Top 100 List).

Rabbi Hirsch was ordained by the Jewish Theological Seminary of America.

Long before cancel culture was even in the lexicon, my brother and I decided to cancel Mother’s Day. We were rebellious teens and had incorrectly read that the holiday was invented by Hallmark to drive sales. As vociferous individualists against commercialism, we took a personal stand. Our plan was not well received. My father was furious, and my mother was destroyed. To this day, I still remember the tears gathering in her eyes as we explained why there would be no cards or gifts. I thought she would never forgive us.

We were wrong on many fronts. First, Mother’s Day was not invented by Hallmark. It was founded by Anna Maria Jarvis, whose mother was a social activist who committed her life to supporting mothers and communities. Anna was inspired by her mother Ann Reeves Jarvis’s work, and following her death, led a movement to create a day dedicated to honoring mothers. For Anna, this was her way to keep her mother’s memory alive—in a way, a Jewish yahrzeit with an Episcopalian twist. And while the card and flower industry overwhelmed the primary message, the original intent was pure of heart.

Secondly, we could not claim that Mother’s Day was inherently not Jewish. While there is no Mother’s Day holiday like Yom Kippur or Shabbat mentioned in the Bible, there is nonetheless a continuous thread through the Jewish tradition commanding that you honor and revere your mother. Starting with the enunciation of the fifth commandment to “Honor your father and mother,” the Torah emphasizes the ongoing need for children to recognize their mother independent of their father.

The Talmud even debates in Kiddushin 31b how illustrious rabbis honored their mothers in different ways to see if it was sufficient and fulfilled the biblical commands. Later we see verses from Proverbs joined to create Eshet Hayil, a piyyut that eventually would be customarily chanted by the family at the Shabbat table every Friday night to pay homage to the wife and mother of the household. Clearly, the rabbis took this mitzvah so seriously that one day a year to recognize the outstanding achievements of our mothers was not sufficient, rather once weekly was required at minimum.

My brother and I came to the realization that the notion of cancelling Mother’s Day—and as a result our mother—was outright ludicrous. Our mother had our backs to a fault. During Passover, she individually hand-packed peanut butter and jelly matzoh sandwiches to sell at the cafeteria because we wanted to “buy” lunch as usual. She taught us to advocate for ourselves. She stayed up late with us as we studied. She woke up at unreasonable hours to take us to practices. Her support was unwavering. I cannot think of one day she was not in our corner.

My mother forgave us for cancelling Mother’s Day long before we forgave ourselves. As adults, when we would mention our gaffe, she would brush it off. “You were teenagers trying to find your way,” she said. Her forgiveness has been invaluable. She was teaching and loving us even when we were “hating” her. To me this is the true definition of a mother. A mother is one who can still love and care for the other even when they hurt or fail you. A mother is not only a biological designation; a mother is also soul-driven to continue loving another despite their actions.

On this Mother’s Day, let us pray that we all discover this level of devotion within us. Celebrate that person in your life with love and forgiveness.