A Kindergarten Grading Rubric and its Practical Application 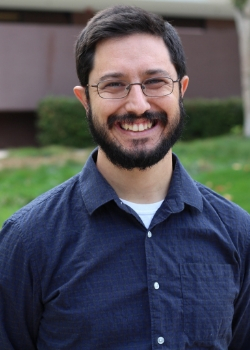 Sammy Seid, is in his final year at the Ziegler School of Rabbinic Studies where he also serves as the admissions coordinator. He is the rabbinic intern and youth director at Temple Beth El of South Orange County. Sammy and his wife, Heather, a cantorial student at the Academy for Jewish Religion, are blessed with a daughter, Winnie.

When I was in elementary school, my teachers graded the students on a scale of zero to four. Roughly translated, these number grades corresponded to the standard letter grades: zero was an F, one was equivalent to a D, two was C, and a grade of three was the same as a B. However, a four did not necessarily imply the same grade, as did an A in other settings. At my elementary school, I only earned a four on an assessment if I demonstrated the capacity to apply the newly learned knowledge or skill beyond the initial setting of the lesson. In the younger elementary school classes, teachers even used this assessment rubric to grade desirable behaviors such as sharing, teamwork, and honesty.

The day I entered the kindergarten classroom, I immediately gravitated to the Duplo blocks, larger-sized Lego-like building blocks. Wanting to build my own impressive structure, acting as a sort of hoarder, I gathered all of the blocks for myself and began to build. One of my classmates—we will call him Scott— decided that he too wanted to build. After he asked several times for some of the blocks, and I refused several times, claiming for myself the sacred ownership rights of “dibs” on the blocks; he picked up a small armful of blocks from my huge pile and began to build his own structure. Filled with a five-year old’s version of righteous indignation, I kicked over his small tower and reclaimed the blocks for my own. Of course, the teacher spotted this behavior, and sat me down to explain the importance of sharing and teamwork. Perhaps, explained the teacher, if I shared the blocks and worked with Scott, we could build an even better tower together. While I was not convinced at first, I eventually conceded the following week. Again, I found myself gravitating toward the blocks during recess, and again, Scott strolled over to my pile of blocks. This time, when he asked if he could have the blocks, I suggested that we work together to build something. Lo and behold, I found that building one structure together was much more fun. The teacher assessed me at a four for applying my lesson on sharing and teamwork to this scenario.

We learn just such a lesson from this week’s Torah portion, VaYetzei. Toward the end of the portion, Jacob leaves his Uncle Laban’s home after two decades of service and just as many years of a relatively unhealthy relationship with his uncle. Jacob claims that Laban continuously dealt shrewdly with him and therefore takes his family, the livestock, and wealth he amassed and flees from his uncle. Laban pursues Jacob, ultimately overtakes him, and things finally come to a head. Laban and Jacob share words, each expressing his feelings of animosity toward the other. Ultimately, they decide that they should make a pact, thus departing on better terms. Jacob decides they should set up a pillar, a sort of monument, which will serve as a marker of the pact they make. In Genesis 31:46 we read:

And Jacob said to his brothers, “Gather stones.” So they took stones and made a mound. And there they ate a meal by the mound.

Our rabbis ask why the verse says Jacob spoke to his “brothers” (clearly written in the plural). We know that he only had one brother, Esau, and Jacob is nowhere near him. Rashi (11th century commentator) explains that this word for “brothers” actually translates more loosely as Jacob’s kinsmen, which in this case would specifically mean Jacob’s children.

From this understanding, Rabbi Eliyahu Meir Bloch (20th century Lithuanian rabbinic leader) provides a valuable insight. Commenting on Jacob’s engagement of his children in the act of making this pact with Laban, Rabbi Eliyahu Meir Bloch says, “It is not merely enough for a parent or a teacher to teach and inform them [students and children] all there is to be successful in their actions. Rather, the parent or teacher must show them how to integrate their education into the action itself.”

Jacob learned from his own actions and alters his behavior in the next opportunity. Twenty years earlier in his life, Jacob left his own parents’ home after deceiving his brother out of the birthright and his father out of the blessing intended for Esau. Having fled on bad terms, Jacob now recognizes and learns the potential negative consequences such behavior can have in his relationships with family. This time, rather than continue to leave again on bad terms, Jacob finally applies the lessons of his prior experience, and instead, he decides to leave a bit more amicably with a pact, a sort of agreement of peace between him and Laban. Furthermore, he engages his children in the action. He learns from his own experience, shifts his behavior in a subsequent opportunity, and attempts to pass on such learning to the next generation by engaging them in the action. Had Jacob been a student in my kindergarten class, I believe the teacher would have assessed such behavior with a four. Clearly, he applied his learning to a new situation.

Such a model invites us to reflect. Do I learn from my mistakes, or do I continuously engage in unhealthy behaviors? When I experience a fracture in a relationship, do I learn from the cause of this pain and attempt a different course next time, or do I continue the same patterns of behavior causing strain in my relationship? Do I transform lessons of morality into action to bring healing in the world, or do I keep my moral learnings Share this email: trapped in the hypothetical realm, never to be used for practical application? I encourage us to learn from our own experience, from those who came before us, and from one another. I bless us with the strength to recognize those moments when we must apply our learning, when we must glean the lessons that life offers. We have much to learn from one another just as we have much to teach one another. As challenging as certain experiences may be, we are afforded the opportunity to learn and perhaps apply this learning to a later occurrence.