Determining Who is Deserving 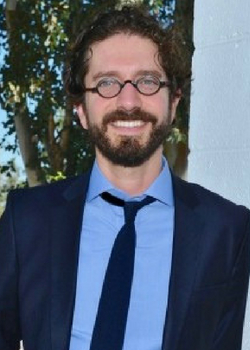 How is it that tall, white men seem to secure such prominence in our society? (Full disclosure: the author is another six-foot-two-inch, white male.) Why do we allow ourselves to buy into the idea that someone is more deserving of our attention, trust, and confidence due to their gender, race, orientation, or ability? What can we do to counter this inclination and make space for all those of equal or greater worth who would otherwise be overlooked?

This week’s Haftarah is a starting point in our search for an answer.

Coming from the Book of Joshua, the Haftarah tells the story of how the Israelites defeated the city of Jericho. But the victory didn’t come from an Israelite hero like Joshua or Caleb. Victory didn’t even come at the hands of a typical “hero.” Rather, victory was handed to the Israelites by a female prostitute named Rachav, an individual whose status in society was so marginalized that she literally dwelled in the outer wall of the city.

As much as these two stories beg us to consider the contributions of those who are more readily overlooked by society – they’re just a small sampling of what our tradition offers. Joseph was the discarded runt of the litter, but he rose to prominence and saved his family from famine. Moses was a shepherd with a (likely) speech impediment, and yet he led the Israelites to freedom. David, a descendant of a Moabite convert, not only defeated the literal Goliath, but is said to be the forbearer of the Messiah – a Messiah whom the Talmud tells us will be found among the lepers sitting at the gates of Jerusalem (Sanhedrin 98a).

A prostitute, the youngest child, someone with a disability, the descendant of a convert – all of these are people who would usually be overlooked and not garner the attention they deserved, and yet, without them, our ancestors would have starved, remained enslaved, or fallen at their opponents’ swords.

The Jewish tradition, therefore, is rooted in the miraculous ability of those, who would otherwise be ignored, to change the course of history through their actions. Maybe it’s time we start reminding ourselves of this. How would it affect us if we consider Moses’ disability when we remember his greatness? Or when we think about, discuss, or visit Israel that it never would have become our homeland if it weren’t for Rachav? Or when we anticipate the coming of Elijah at Passover Seder, Havdallah, or a Brit Milah, we remember that he will be accompanied by the type of person many would simply step over and ignore?

If we take the time to consider the full picture of our tradition and not focus solely on the “heroic” aspects about which we were taught as children, then maybe we’ll start to see our world differently and focus our attention on those whose actions and words are truly worthy of attention – regardless of appearance, gender, race, orientation, and ability.rabbi