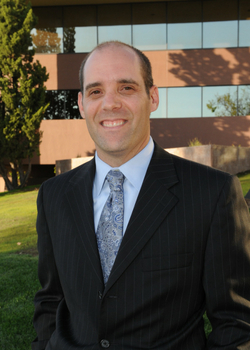 Rabbi Jay Strear wrote his commentaries while serving as Senior Vice President and Chief Advancement Officer at American Jewish University from 1995-2018.  He completed his undergraduate studies at University of Colorado, Boulder, earned his MBA in Nonprofit Management at University of Judaism (now AJU), and was ordained by the Ziegler School of Rabbinic Studies in 2000. Prior to his development positions at AJU, he worked as a congregational rabbi in Detroit.  In July of 2018 Rabbi Strear returned to Colorado and is currently the President and CEO of JEWISHcolorado.

These are AWESOME days. As our hearts reach out to those suffering in Japan, we cannot help but be simultaneously broken by the magnitude of more than 10,000 dead, and touched, awestruck by the sheer will of the human spirit to endure nine days under rubble, as two survivors did. Equally confounding is the complexity in Libya where cruise missiles and military might are being used to save lives. And as I write this, Israel enters yet another "phase" of conflict. The power of Nature and the power of Human Beings are both unpredictable and beyond comprehension. It is appropriate that at this time we read from Parasht Shmini and its accompanying haftorah from the book of 2 Samuel.

Our parashah establishes the temple ritual in the formal celebration of animal sacrifice and it concludes with the strictly religious mandate to eat only "kosher" animals. Our haftorah details King David's efforts to establish a permanent home for the Ark of the Covenant in Jerusalem. And both the Torah portion and the haftorah are punctuated by the powerful, and powerfully confusing, deaths by Nadav and Avihu and Uzza.

Our commentators explain in each instance that it is arrogance that brings about the demise of these three. Regarding Nadav and Avihu, "each one [brought] his censer." Nadav and Avihu, separately and independently, according to his own passion and compulsion brought fire that was neither permitted nor prohibited, but fire that was without direction, outside of their instructions from Moses and Aaron. Our Rabbis provide various explanations. Vayikra Rabba 20,8 states:

Because of four things did the two sons of Aaron die: For drawing near, for sacrificing, for the strange fire, and for not consulting one another. For drawing near - having entered into the innermost sanctuary; for sacrificing - having offered a sacrifice which they had not been commanded; for the strange fire - they brought the flame from the kitchen; and they did not consult with one another - as it is said: "Each one his censer" - each one acted on his own initiative.

In stark contrast to the brotherly dynamics throughout Genesis, Moses and Aaron harbor no feelings of envy towards one another. Each has unique personal attributes and brings them to bear in service of Israel and of God. Rabbi Stephen S. Pearce similarly reflected on Moses and Aaron as siblings without rivalry and, in doing so, cites Midrash Tanhuma, Shemot, as underscoring the concern and respect Moses and Aaron feel for one another.

Sforno, (Rabbi Ovadia Sforno) concludes, according to Talmud Eruvin 63a, that Nadav and Avihu decided law in front of the teacher, Moses - a sign of disrespect and conceit.

And an additional Rabbinic commentary, Sifra 24, adds Nadav and Avihu were "overwhelmed by joy on perceiving the new fire, they sought to redouble their love, whereupon they "took each one his censer...". Their own love for God took precedence over that of the People of Israel, for whom they were serving as interlocutor.

No doubt without challenges, each of these insights presents an overarching concern, namely Nadav's and Avihu's lack of self restraint, their lack of humility.

In our haftorah, 2 Samuel 6:3, King David brings the Ark of the Covenant into Jerusalem. In doing so, he turns to Uzza and Ahis, sons of Adinadav - in whose house the Ark has resided - to bring the Ark out and place it on a cart for its transport. Our text states that the "the sons of Adinadav led the new cart." They immediately assumed an inappropriate position ahead of the cart; they literally took an arrogant stance.

Later, in verse 6, Uzza extends his hand and places it on the Ark, presumably to steady it, as according to the text "the oxen shied."Uzza is struck down.According to Rashi, Uzza neglected to acknowledge that to the customary bearers of the Ark, the Ark itself never felt as heavy as its substantial weight actually was.Rashi, adds that there was no risk of the Ark falling to the ground.It's concluded that out of arrogance, Uzza's assumed he would save that which needed no saving.

The connection between the haftorah and the parashah derives from the striking symmetry of the two readings. The parashah first celebrates the dedication of the tabernacle (Lev. 9) and then records the deaths of Nadav and Avihu....Correspondingly, the haftorah describes the joyful transport of the Ark to Jerusalem, (2 Sam. 6:2-5) and then notes the abrupt death of Uzza...

An old midrash observes that these two disasters caused the people to complain, because they assumed that both the smoky incense (which the priests offered) and the holy Ark (that Uzza touched) were objects of punishment and danger (Tanh. B'shallah 21). For that reason, the midrash states, scripture goes on to record that the incense could also bring the people atonement and protection (during the plague after Korah's rebellion, Num. 17:12), and that the Ark could be the agent of great blessing (for the household of Obed-edom, 2 Sam. 6:11). Holy objects are presented as bivalent entities, affecting human life by the manner in which they are approached and used.

We would do well to think of this at this current time. Is not all of creation essentially bivalent? And certainly aren't all Humans at their core imbued with the ability to bring forth both good and bad. Are we not empowered to create and destroy? We draw power from the atomic structure of matter itself. We manipulate creation. We tinker with the essential building blocks of our world. And yet, we ignore the incomprehensible force of water when unleashed upon us. And we forget that below our feet, miles below our feet, churns the hot belly of Mother Earth.

As much as we calculate and analyze, deduce and conclude, how much can we possibly predict when it comes to human emotion? How much can we fully know of the unsettled nature of this planet we call home? As Nehama Leibowitz reminds us regarding Nadav and Avihu, as regards to ourselves and as it is written, "walk humbly with your God." (Mica 6:8)

May this Shabbat bring us a greater sense of our full power and the humility to know when to apply it.