Jewish Values, By Any Other Name 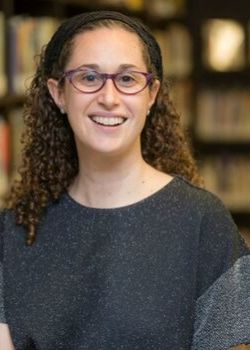 I’ve toured a lot of Jewish day schools and leaders often make the case of offering to teach my kids “Jewish values.” My first reaction is always, yes, I want that for my kids. But what do we actually mean by the term? What is it that this term encompasses?

In addition to hoping that our children will learn Hebrew, Torah and about Israel, we want our kids to be good people. Many schools talk about kindness or other measures of what it means to be a decent human being today.  I see three overlapping categories that are sometimes implied by “Jewish values.” We need to be more specific in order to clarify for ourselves and our learners what we mean and to acknowledge that some of what we label as Jewish is, in fact, universal.

The first category often referred to as “Jewish values” are actually mitzvot, commandments, and are found in Biblical and rabbinic texts. They are interpersonal in nature and help us become better people and members of society. Returning lost objects (Deuteronomy 22:1) or “do not destroy” (Deuteronomy 20:19-20) serve as examples beyond the usual Ten Commandments. Philosophers also argue that mitvot ben Adam l’Makom (commandments that relate to a person’s relationship with God) also prepare us for ethical behavior as we interact with other homo sapiens.

Next, Middot, often translated as virtues or characteristics, is another category often implied by the term “Jewish values.” A middah (singular) is literally a measurement; we assess a particular characteristic we have within ourselves such salvanut, patience, or hakarat ha’tov, gratitude. Some of the middot are specifically defined in the Jewish religious tradition, such as emunah, faith, or yirah, awe. Others are more universally found in other ethical traditions, such as shtika, silence, or chesed, compassion.

Mussar (literally meaning correct) offers a rich pedagogical tradition to practice and improve our middot as we strive towards more ethical and meaningful lives. In working with Jewish children, we must use specific terminology so as not to dilute the teaching. It is great to praise a child who helps other children clean up the classroom, but let us not call it a commandment, mitzvah, rather use the opportunity to describe the behavior as chesed, compassion, or building kehillah, community.

Finally, we have ideas about being a good person, which are often Jewish representations of universal values. Though we often give them a Hebrew name and claim them as Jewish, doing so risks creating a hierarchy and excluding others. Numerous faith traditions and other communities came to the same moral conclusions independently of the Abrahamic tradition.

Judaism provides a specific texture and history which make our commitment to it uniquely Jewish. It provides its own specifically Jewish categories, while also conversing with humanity’s other moral traditions.

In any case, we can practice humility in this arena by substituting for “Jewishly rooted universal commitments1,” for “Jewish Values.” In doing so, we share in the universal while layering on Jewish application and understanding. The words “Jewishly rooted” suggest a Jewish take on the idea, rather than an ownership of it while the term “commitments,” much like the term commandment, promotes action2.

Jews believe in a version of the golden rule rooted in the Torah "va'ahavta l'reyacha kamocha” love your fellow as yourself (Leviticus 19:18). In the Talmud, Hillel is asked by a potential convert the most important axiom of the Torah as is told this phrase. Hillel asserts that the rest of the world is based on this principle (Shabbat 31a). We have a myriad of songs that are sung today using these words stretching across denominational affiliations. This allows us to have a particular understanding and grounding of this value within our own tradition, deepening the meaning we derive from it. The idea is certainly not particular to Judaism, but our tradition provides a context and culture for the idea.

Jewish schools and institutions can define what Jewish values mean within their specific theologies and cultures. For some Jews, it is the idea of mitzvah, being divinely commanded. For others, these are universal ideals of moral instruction, rooted within the Jewish tradition, providing a rich foundation composed of Jewish texts, language, and interpretations.

With a little more structure to guide the conversation, school leaders and parents can refine “Jewish values” to mean something more. Mitzvot, Middot, and Jewishly rooted universal commitments all provide more precision than what we typically experience as we learn about the somewhat amorphous Jewish Values of our institutions. In providing greater clarity, constituents have a better understanding of the institution and its values, and the organization is more capable of carrying out its mission.

At AJU, our students consider their own institutions’ approaches to this topic through the lenses of instruction, leadership, curriculum, and educational philosophy. They learn about the language we use with children, how we present information, and how to ensure alignment between our mission and curriculum with even our youngest learners. Learn more about our early childhood degree programs and how you, too, can gain deeper clarity by professionalizing your career.