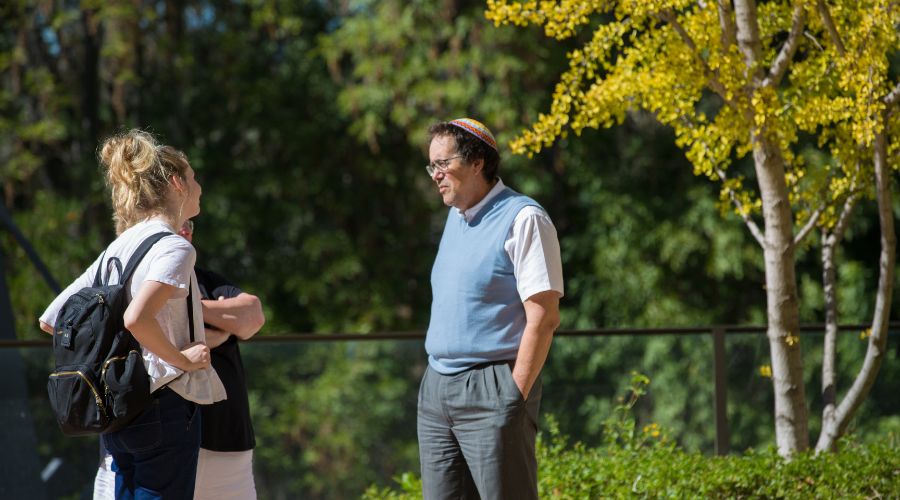 Los Angeles, CA – Today, American Jewish University’s (AJU) Ziegler School of Rabbinic Studies announced a set of groundbreaking programmatic structural changes to better serve the future rabbinate. Prompted by the emerging shortage of rabbis, leaving many synagogues, schools, and agencies without leadership, the Ziegler School will move from a curriculum that often takes five to six years to an accelerated four-year program that culminates in an innovative residency program in the final year.

The new Ziegler School curriculum includes three educational years in residence and a fourth year, in which future rabbis will serve as residents in congregations, schools, chaplaincy and agency positions anywhere they choose while also participating in capstone seminars online. The Ziegler School has also replaced the previously required year in Israel with a 10-to-12-week summer Israel program, creating a more accessible educational experience for those attending rabbinical school. The Israel summer will focus on the land, language, and people of the Jewish homeland, introducing students to a range of cultures and communities while reflecting on Zionist thought and Israeli culture.

“The Jewish community, like the world around us, is changing rapidly. We need to respond with creativity and active engagement to offer relevant rabbinical training to provide real wisdom to strengthen the future of Judaism and Jewish community,” said Rabbi Dr. Bradley Shavit Artson, Dean of the Ziegler School of Rabbinic Studies. “We are proud that the Ziegler School is directly facing and meeting those needs by pioneering a bold and innovative set of advances that we believe will become the standard for quality rabbinic education and preparation.”

These advancements began a year ago when the Ziegler School set tuition at $7,000 per year to promote educational transparency and accessibility. Now the school will be simplifying the program structure, creating a streamlined curriculum flow, and decreasing time commitment for their students, many of whom have other time commitments.