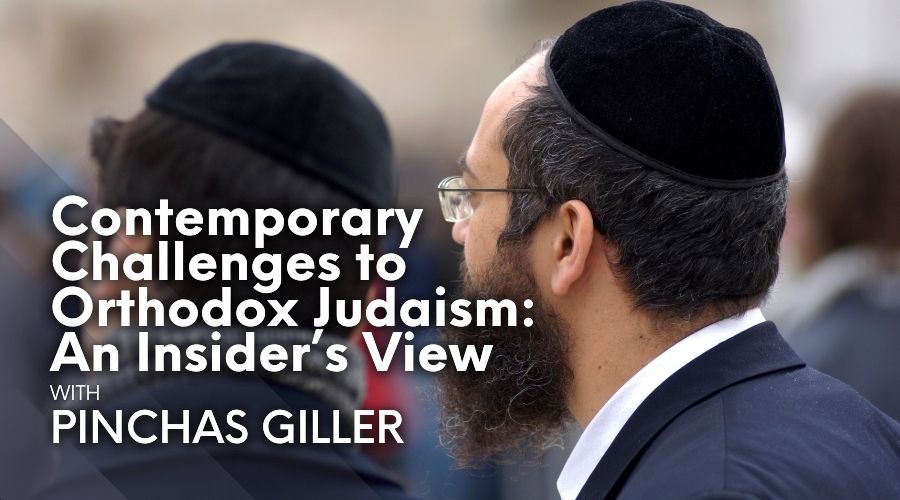 From women’s empowerment to contemporary ritual and political affiliations, Orthodox Judaism is constantly re-defining itself.

In this riveting 3-week course, Rabbi Pinchas Giller will host prominent Orthodox scholars to discuss these shifts and challenges from within, as well asl the wide-ranging social and ethical effects of modern Orthodox Judaism on society at large.

Orthodox Judaism is making deliberate and steady strides to empower and include women in all areas of Jewish life from the synagogue to the Western Wall. In the last two decades there has even been an explosion educational institutions, accrediting degrees for emerging theologians. Join graduate and Rabbi Marianne Novak, of Yeshivah Maharat one of the Orthodox institutions for women leading this charge, who will address the evolution of women’s leadership in Orthodoxy and map the future of gender equality in religious Judaism’s “right wing.” The Moral Catastrophe of Orthodox Trumpism Professor Joshua Shanes, College of Charleston.

For the majority of American Jews, who are both socially liberal and humanist in their personal orientation, the spectacle of Orthodox support for the Trump administration has been vexing and disturbing. Orthodox support for the last administration has called into question the civic values of the community, further alienating the institutions and leadership of American Orthodoxy from the mainstream of American Jewish culture.

In the second half of the 20th century, it has become increasingly evident that the practice of an traditional Judaism in America carries a high price tag. Synagogue membership, summer camp, Day Schools, lavish life cycle celebrations and selective colleges have become the norm in American Orthodox life, with a concomitant emphasis on professional careers and other lifestyle choices that enable a sort of “necessary materialism.” The effect, according to Professor Eliyahu Stern of Yale University, is that Orthodxy has become a sort of haute bourgeois “club,” to which the merely middle class are not invited. This cycle of materialism has implications for the rest of the Jewish community, as well, as issues of class and social status invade all the segments of the Jewish community. Professor Eliyahu Stern has written the pivotal works on the emergence of Jewish materialism in the 19th century and will discuss the social and ethical implications of the current economic impasse with Rabbi Pinchas Giller.