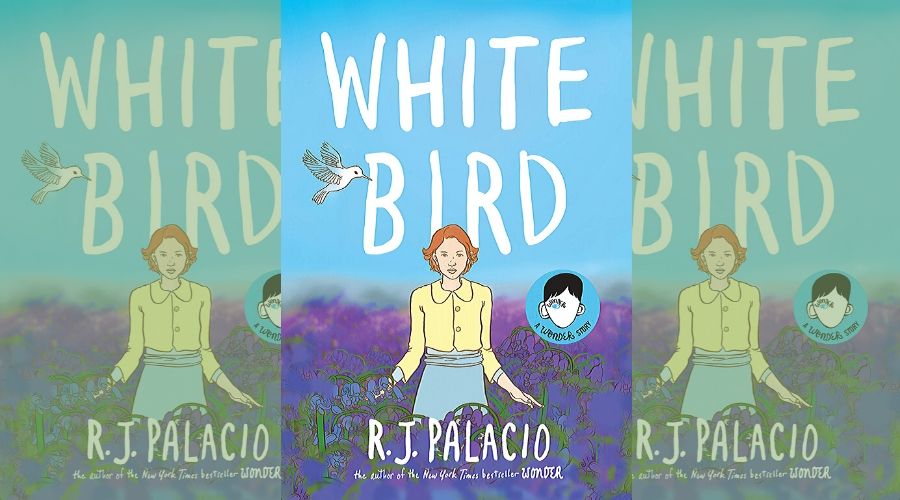 The first graphic novel by the author of “Wonder” is a dramatic story of a young French girl hidden from the Nazis by brave gentile neighbors. It serves as a bit of backstory to the character of Julian, the antagonist who had bullied Auggie, the main character from “Wonder” with a genetic condition that affects his appearance. Portions of this particular story previously were in a chapter of “Auggie and Me: Three Wonder Stories,” but this graphic-novel format expands it and makes for a particularly affecting novel that should touch the hearts of readers of all ages.

Julian has reformed and transferred to a new school. He has an essay to write for a class, so he calls his French grandmother on Facetime to interview her about her childhood during World War II. He opens with a quick comment about his regret for his past behavior and she replies, “We are not defined by our mistakes, but by what we do after we’ve learned from them.” Thus commences Grandmere’s story, beginning in France as the Nazis restrict Jewish movement and start rounding up children from their schools. Grandmere, whose name is Sara Blum, recounts her teenage escape with the help of a classmate named Julien, whose family takes her in, brings her food daily, and does much to keep up her spirits when her parents are deported. She lives in the hayloft of their barn for the duration of the war and eventually feels more than just friendship toward her kind classmate.

Those familiar with Palacio’s work will appreciate the twist that distinguishes this tale from other middle-grade Holocaust fiction: Julien is disabled from polio and has suffered intense bullying since he contracted the disease and began using crutches to walk. Although Sara sat next to him in school for three years, she had never acknowledged him or objected to her friends’ verbal disdain for him. While in hiding and under his family’s dedicated care, she reflects on her previous behavior and realizes, “Evil will only be stopped when good people decide to put an end to it.”

The story itself is exciting, with a couple of surprising turns and some fantasy elements connecting her life to that of a free white bird. These elements provide some of the most affecting scenes. It is written at a perfect level for readers in grades 4 and up who are into graphic novels and ready to learn about the Holocaust in an accessible way. Although not based on any one survivor’s story, this novel would be an excellent companion to any of the other books young people first read on the subject, including “Number the Stars” or particularly Anne Frank’s diary, to which it draws a number of parallels.

The final scenes when Sara finishes telling her story to her grandson (and we now realize why he is named Julian) move easily from 20th-century injustice to contemporary 21st-century events, as the author encourages her readers to stand up to prejudice when they see it. A well-researched glossary and excellent list for further reading are included. This is a grand achievement by the author in both story and graphic-art illustration. --Lisa Silverman, Director, Burton Sperber Jewish Community Library, Jewish Journal. Retrieved from: https://jewishjournal.com/culture/books/304911/for-kids-a-few-good-books-for-a-good-year/