Joseph and the Way of Forgiveness, by Stephen Mitchell 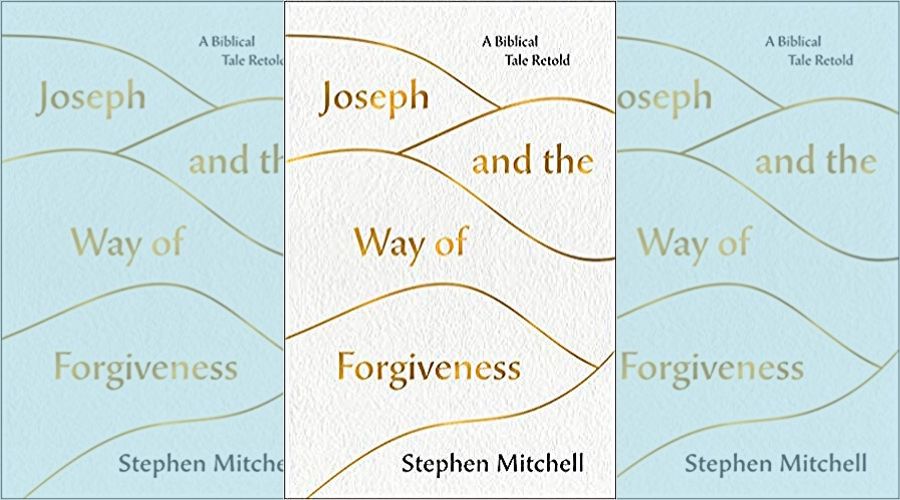 The story of Joseph, as we find it in the Book of Genesis, was called “the most beautiful story in the world” by  Tolstoy. So Stephen Mitchell, author of “Joseph and the Way of Forgiveness: A Biblical Tale Retold” (St. Martin’s Essentials), feels obliged to explain why he has “reimagined” the story in his latest book.

Mitchell’s answer is perhaps the best description of what he has accomplished in his retelling of the Joseph story. He points out that the biblical author writes “in a style of extraordinary concision, so spare that it can compress pages of characterization into a single phrase.” He likens the ancient text to “Japanese paper flowers, which unfurl when we place them in the water of the imagination.” His own book, then, is the bowl of water in which he places the ancient text, and it is through his imagination that we, his readers, see it flower.

Mitchell is a poet, translator and scholar whose readers have followed him into the religious texts of China (“Tao Te Ching”), India (“Bhagavad Gita”), Mesopotamia (“The Epic of Gilgamesh”) and Greece (“The Iliad” and “The Odyssey”). He has authored fresh translations of the Book of Genesis and the Book of Job, in their entirety, and he extracted from the New Testament a text that he titles “The Gospel According to Jesus.” The inspirational books that he co-wrote with Byron Katie, “Loving What Is” and “A Thousand Names for Joy,” were bestsellers.

With the gift of a storyteller and the knowledge of a Bible scholar, Mitchell engages in an extended work of midrash that breathes new life and meaning into familiar characters. We know that Joseph was Jacob’s favorite child, but he suggests that “Jacob loved him because Joseph was the child of Rachel, the beloved” and imagines that “[t]he boy looked just like his mother, except that his beauty was male, like a melody transposed into another key.” Drawing on the wordplay of the Hebrew Bible, he writes that Joseph “laughed the way [Rachel] laughed,” an allusion to the laughter of the matriarch Sarah when God revealed to her that she would bear a son at an advanced age. That son, of course, was Isaac, who was Joseph’s grandfather and whose name meant “I laughed.”

Mitchell’s narrative voice boldly intrudes into the story itself, and he invites us to join him. When he describes the life of Jacob as a nomad in the Hebron Valley, for example, he writes: “If we were to visit the camp, you and I, we might find Jacob sitting before his tent in the cool of the day.” Since the laws of kashrut have not yet been revealed to the Israelites, Jacob (like Abraham welcoming his divine visitors) might offer us a meal of roasted lamb “along with a generous supply of milk and yogurt.” And then he cautions us: “But it’s better not to disturb him. So let us go as invisible presences. Come. I’ll guide you.”

The author is less interested in theology than in morality. In that sense, he is following in the footsteps of the original biblical author of the Joseph story: “Significantly, God does not appear in it,” Mitchell points out. When Mitchell imagines that Jacob told Joseph stories of the Garden of Eden, “where Yahweh walked in the cool of the day,” he drops in a footnote: “[Yahweh] is a name for the ‘God’ character.” That’s why, when Joseph’s brothers drop him in a well, Mitchell offers a short sermon on learning how to be humble: “The stone cistern where Joseph lay was the womb of his transformation,” Mitchell writes. “Then he had to find his way through a world of paradox, where exile is homecoming, slavery is freedom, and not knowing is the ultimate wisdom.”

Now and then, Mitchell honors the diversity of his own sources as a writer and a teacher by invoking other faiths and traditions. Musing on parents who pick favorites among their own children, as Jacob did with Joseph, he invokes Taoist and Buddhist texts: “I’m not very interested in a world without preferences,” Mitchell writes. “Even a buddha, when asked if she’d like vanilla or chocolate for her ice-cream cone, might say vanilla, though on a different day she might give a different answer.” He cites a Zen poem for the proposition that “[t]he Great Way isn’t difficult for those who are unattached to their preferences.”

Mitchell is both a poet and a translator of poetry, and his prose sometimes bubbles up into a poem. The chapter that describes Joseph’s arrival in Egypt, for example, consisting of only two short paragraphs, is best read and understood as a poem: “Red boats are sailing under a turquoise sky. In short, in the high-walled gardens, cats doze in the sun, skinny from eating lizards, and in rosemary and honeysuckle the bees labor like slaves,”
the chapter begins, and in the next paragraph: “This is the land of mud, where the dead are planted feet upward. How it will all turn out he cannot guess. He is free only to watch, to listen, to let his mind
find its equilibrium in the pitch dark of itself.”

Of course, the reader knows how it will all turn out, and it is a measure of Mitchell’s achievement that he sustains our curiosity in spite of our foreknowledge. Thomas Mann is another author who was inspired to retell the Joseph story. Mann’s trilogy, “Joseph and His Brothers,” was his magnum opus, if only measured by the sheer number and density of the words between the covers. Mitchell, by contrast, takes a lighter hand with the pen, which explains why “Joseph and the Way of Forgiveness” is such a pleasurable, enlightening, lively and lyrical book. -- Jonathan Kirsch, attorney and author, book editor of the Jewish Journal; retrieved from: https://jewishjournal.com/culture/books/304675/a-lyrical-retelling-of-the-joseph-story/