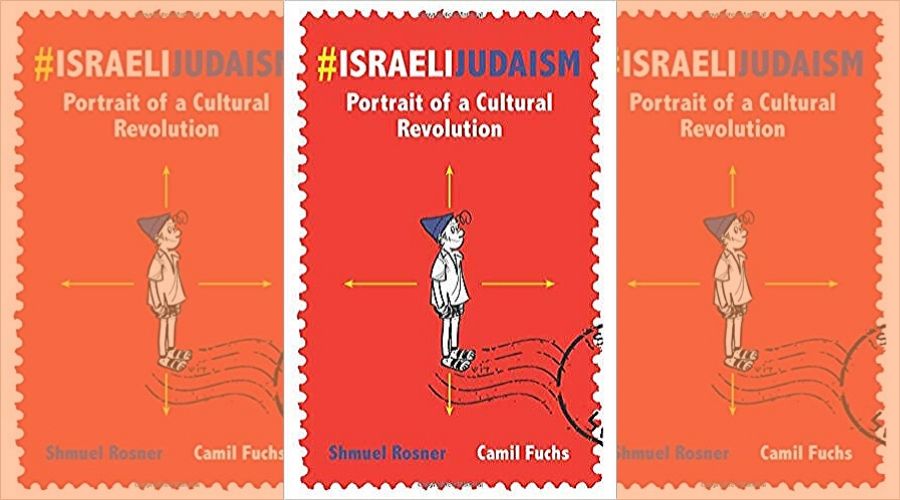 Exactly how Jewish is the Jewish homeland?

An earnest effort to answer this vexing question is presented in “#IsraeliJudaism: Portrait of a Cultural Revolution” by Shmuel Rosner and Camil Fuchs (The Jewish People Policy Institute), a summary and analysis of a statistical study of the religious beliefs and practices of the people of Israel. An intriguing clue to the findings of the study is found in the title, which suggests that Judaism is something new, different and unique in Israel than it is in the Diaspora and across thousands of years of Jewish history.

Rosner, who has long served as the Tel Aviv-based senior political editor of the Jewish Journal, is known to our readers as well as the readers the other publications where his work appears, including The New York Times, the newspaper Maariv and Moment magazine. Fuchs is a professor of statistics at Tel Aviv University and the pollster for both Israel’s Channel 13 and the newspaper Haaretz. The study itself was conducted by its publisher, the Jewish People Policy Institute, a research center for which Rosner serves as a senior fellow.

The collaboration between these two astute observers of Israel has turned the raw data of a statistical study into a vivid and accessible portrait of a nation. But, as the authors point out, it is a portrait painted “in shades of grey.” First published in Hebrew and now in an English translation, “#IsraeliJudaism” does not “grade any Jews on what they do or do not do,” as the authors explain, to “rank Jews, to say who is a better Jew.” Rather, Rosner and Fuchs aspire to “present the facts,” and they acknowledge that some of their readers “will see a surprising success; others, a looming catastrophe.”

Seven categories of Jewish identity in Israel were recognized in the study, ranging from “totally secular” to Charedi (also called “ultra-Orthodox,” a category that includes both Chasidic and Yeshivish Jews). The categories do not match the denominations of Judaism as it is practiced in the United States; for example, “Liberal-Religious Jews” is a label that “normally refers to liberal Orthodox Jews but also includes some Conservative Jews.” Reform Judaism does not appear in the list, although the authors refer to Reform Jews now and then in their analysis and commentary.

To measure the Jewishness of Israeli citizens, the designers of the study were compelled to come up with 32 survey questions that may strike the reader as oblique. “Do you fly the flag on Independence Day?” and “Should Israel not be a Jewish nation?” are measures of nationalism, while “Do you make Kiddush on Friday night?” and “Do you consider New Year’s Day (rather than Rosh Hashanah) the beginning of the new year?” are measures of religious traditionalism. When the results are charted, the majority of respondents fall into a blend of Jewish identity and Israeli identity that the authors characterize as “Jewsraelis,” which they define as “an intricate amalgam of nationality and tradition.” (Readers who want to take the survey themselves are invited to use a scannable link in the book.)

Perhaps the most surprising argument to be found in the book is that “the new Israeli Judaism” has made inroads into various other forms of Jewish identity in Israel, including what the authors call “halakhic Israeli identity” (e.g., Charedi and Religious Zionists), “traditionalist Israeli identity” and “secular Israeli identity.” As the authors put it, “there are many more ‘Jewsraelis’ in Israel than there are ‘Orthodox’ or ‘Reform,’ ‘Chabad’ or ‘Litvak,’ ‘Conservative’ or ‘non-denominational.’ ”

The rise of what the authors call “Jewsraelis” does not mean a decline in the number of highly observant Jews. “Israel will not have a Haredi majority any time soon, but the Haredi share of the population is growing,” they write, if only because of the high birth rate among the Haredim. Their influence can be measured, for example, in Israel Defense Forces kitchens: “Find a paratrooper from the 1950s and ’60s, and he will gladly you tell how paratroopers used to keep their kitchens. They were hardly kosher. The paratroopers of the 2000s are much stricter about keeping their kitchens kosher.”

Yet the authors also argue that the Charedim are changing, too, because they aspire to play a more consequential role in Israeli politics and society. “After all, it is very difficult to achieve contradictory goals simultaneously: to stand aloof and differentiate oneself, but also to get involved and have an impact,” Rosner and Fuchs argue. “And in Israel’s ever-changing circumstances, it is doubtful whether the Haredim of tomorrow will be the same as the Haredim of today.”

Rosner and Fuchs acknowledge that it is not always easy to “reconcile what we have written with what people feel.” Or, to put it another way, “The relative harmony described in this book does not always correspond with the sense of unrest
that characterizes the Israeli public sphere, or with what happens every day in the wrestling ring of Israeli society.” The bottom line for the authors reminds us of the old Jewish joke about 10 Jews and 11 opinions. “If almost all the Jews
in Israel feel Jewish, why do they not
stop arguing?”

The authors insist that Judaism itself will continue to grow and change in Israel, which has existed “[l]ong enough to learn something about the direction Israel is heading [but] not long enough to know what destination it will reach.” Still, the authors seek to make their ideas and information as accessible as possible, and they have succeeded in that goal. “#IsraeliJudaism” will provide all of its readers, whether secular or highly observant or somewhere in between, with data that is essential to any meaningful debate about what Judaism is and where Judaism is going in Israel and the Diaspora. -- Jonathan Kirsch, attorney and author, book editor of the Jewish Journal, retrieved from: https://jewishjournal.com/culture/books/306094/israeli-judaism-is-taking-root-in-the-homeland/