Autonomous Learning Behaviors Vs. Learned Helplessness: What’s Gender Got to Do With It? Part I 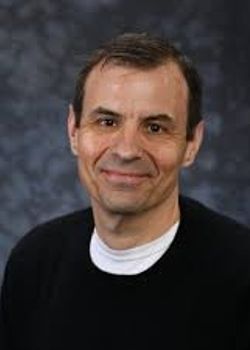 Mr. Ablin has been an educational leader in several areas, including implementing programs to integrate cognitive neuroscience into educational practice and utilize design thinking and learning through the use of educational technology. He currently runs Ablin Educational Services, working with clients to re-envision, mentor and understand gender in schools. He currently mentors students at AJU as well.

This question obviously had multiple permutations over her 40+ years as a professor at the University of Wisconsin-Madison researching children at all age levels. Dr. Fennema’s name and citations regarding math education and gender are legendary. Her in depth research is everywhere and for good reason.

One of her critical contributions, along with Penelope Peterson was the development of the Autonomous Learning Behavior model. ALB’s “require and develop one’s ability to work independently in high-cognitive-level activities''. Most importantly, these skills do not magically appear. It is not the case that some people have them and some people do not (an essentialist argument). They “develop over years as a person grows and develops''.*

If we can make the established assumption that learners acquire knowledge in unique and deeply personal ways over the course of their lives, ALBs become the ways and means by which all of us construct knowledge that is our own. I also have a deep suspicion, as a teacher and educational leader having observed hundreds of classrooms, that we could extend this model beyond the math classroom into other realms of learning. However, in math education, Fennema saw the gender gap fully on display when examining ALBs. Gender differences were clear in the development of ALBs, and ALBs were a determining factor of success or failure in math classrooms. Therefore females were not performing as well because of their lack of ALBs.

I wish this story were so simple.

What Fennema and Peterson’s Autonomous Learning Behavior Tool or Scale showed in study after study was that men attribute their success to aptitude, some interpretation of an innate, internal trait that leads them to understand and process the material successfully. However, when males did not succeed, their failure was attributed to lack of effort, more of an external driver. The 10-year-old version of these thoughts sounds something like this: “I’m really good at math, I just didn’t try”. The inherency of the child’s sense of being capable in the area of math is innate, predestined and not to be questioned. Math competence, for males, is more like an inherited destiny, never something they need to strive and toil to learn.

For females the narrative is opposite AND different. When asked why they succeed, young girls associate their success with effort. The more they try, persevere and persist, the more success they will have. In other words, anything is learnable; it just takes hard work. Success for females was also attributed to something else, which males did not associate with at all: Support and help from others.

Suddenly our story, both from a math education as well as a gender bias perspective becomes murky and it is even going to become murkier.

One would imagine that this attribute of asking for help and seeking support would be beneficial; that this is a trait we wish to emphasize as a positive quality in learners. It may be, but the total answer to this question is more complex than just asking students to raise their hands.

In the research that Fennema and Peterson conducted with K-12 students, those who were placed in environments with minimal support and were expected to develop independent learning skills and attitudes were universally more successful, particularly as math becomes more sophisticated and requires more high level skills. Dependency does not seem to work and the socialized attitudes of independence versus seeking support divide rigorously along gender lines. Males are raised to perceive independence as a clear designator of their gender identity and females are socialized to seek help and rely on others when in need of support.

But what actually happens in the classroom? What do we see as the persistent pattern of engagement and support that occurs between teachers and students during structured learning? How does it complicate the narrative of Autonomous Learning Behaviors and educational outcomes for males and females in the classroom?

In order to answer this question, we also need to look at a phenomenon called Learned Helplessness and how it contributes to this complex narrative regarding learning and gender bias. Read Part II of this conversation here.

Mr. Ablin has been an educational leader in several areas, including implementing programs to integrate cognitive neuroscience into educational practice and utilize design thinking and learning through the use of educational technology. He currently runs Ablin Educational Services, working with clients to re-envision, mentor and understand gender in schools. He currently mentors students at AJU as well.