Where Are They Now? Meet the Mendoza Family – Mario, Sharon, Noah and Joshua 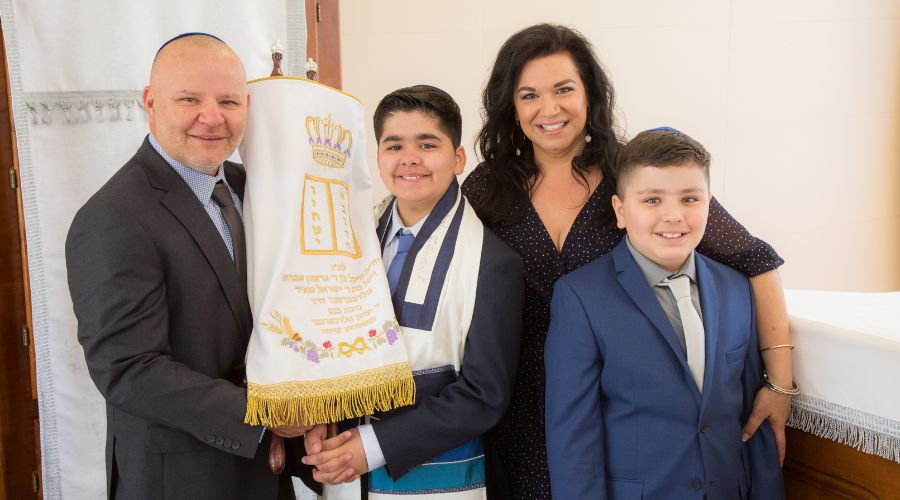 In 2001, Mario, the son of Catholic immigrants from El Salvador, and Sharon, the daughter of Jewish immigrants from Morocco, met at a college get together and immediately hit it off. Although they had different backgrounds and upbringings, they connected through shared interests, such as love for rock music, shared enthusiasm for salsa dancing, and a deep appreciation and love for family. Right away, Mario was immersed in the big, boisterous weekly shabbat celebrations Sharon’s family held and over time fell in love with the customs of her great, big Sephardic family.

As Mario and Sharon’s love blossomed, so did Mario’s curiosity for Judaism. In 2004, they enrolled in Intro to Judaism, which they attended together each week. The Intro class was the gateway that lead them to embark on the ultimate Jewish journey. “I was raised in a rather traditional home, yet I had very little exposure to Jewish text and history," said Sharon. "Judaism was important for my family, and it meant big meals, holiday observance and trips to Israel, but did not include a formal education or offer a place for questions and curiosity. I am forever grateful for the opportunity to learn more about Judaism with Mario,” Sharon shares.

After he completed the Intro class, Mario decided to convert to Judaism, met with the bet din, and eventually immersed in AJU's Community Mikvah, in which Sharon also immersed for their wedding in 2005! Over the years, Sharon and Mario have built a beautiful Jewish home, have embraced holidays and traditions, and are raising two boys – Noah and Joshua.  “One of my greatest joys and honors, was standing by my boy Noah as he held a torah scroll, recited his prayers, and became a Bar Mitzvah,” shared Mario. “The emotions were so high that day that we both cried as we embraced one another and embraced Judaism.”