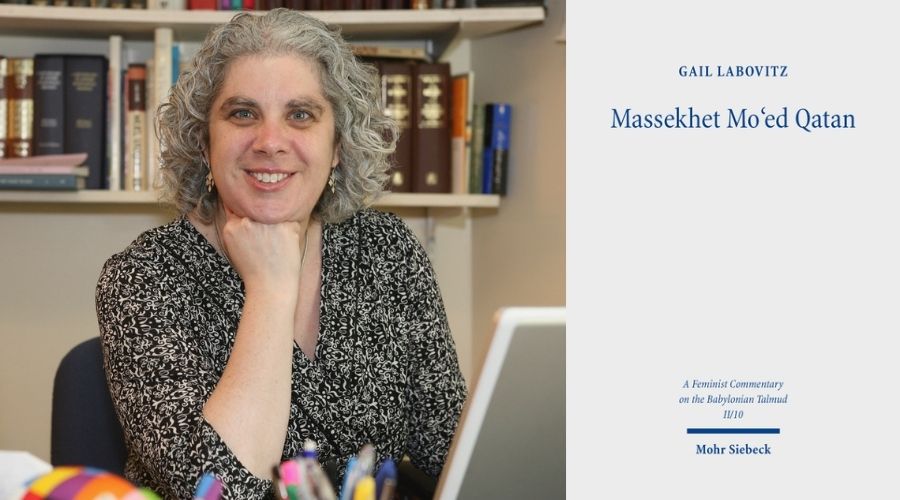 Rabbi Dr. Gail Labovitz, Professor of Rabbinic Literature, and former Chair of the Department of Rabbinics of the Ziegler School of Rabbinic Studies of American Jewish University has authored a new book, Massekhet Mo'ed Qatan, released this past summer.  This volume is a feminist commentary on the Babylonian Talmud series and part of the series.  Two other volumes in the series, on Menahot, by Dvora Weisberg, and Qiddushin, by Anat Israeli, were also published recently.

The volume represents academic scholarship and may be accessed here: https://www.mohrsiebeck.com/en/book/massekhet-moed-qatan-9783161582820?no_cache=1.

Published in English, Mo'ed Qatan, in addition to discussing the mid-festivals of Passover and Sukkot, is the primary source on rabbinic mourning laws and rituals. In her commentary, Rabbi Labovitz considers such questions as: when considering whether forms of work should or should not take place during the mid-festival or when one is in mourning, which gender's work is considered significant, which is overlooked or taken for granted? How are practices that are meant to engender certain emotional states – joy in the festival, grief over a death – impacted by gender? How does gender guide who is mourned, and in what ways? She also explores women's unusually conspicuous and public roles in funerals and mourning procedures as lamenters. Although Mo'ed Qatan is a short tractate, women, female characters both biblical and rabbinic, and issues of gender feature prominently throughout.

Dr. Labovitz has served as a Senior Research Analyst for the Feminist Sexual Ethics Project at Brandeis University and as the Coordinator of the Jewish Feminist Research Group, a project of the Women’s Studies Program at the Jewish Theological Seminary of America. She currently serves as the co-chair of the Women’s Caucus of the Association for Jewish Studies and is the founder and coordinator of the Dr. Elka Klein Memorial Travel Grant. Her publications and conference presentations have also explored images of the nursing mother in early rabbinic sources, slavery and marriage in rabbinic thought, and the use of rabbinic sources for the study of women and gender in late antiquity. She has taught at JTS and at the Academy for Jewish Religion.