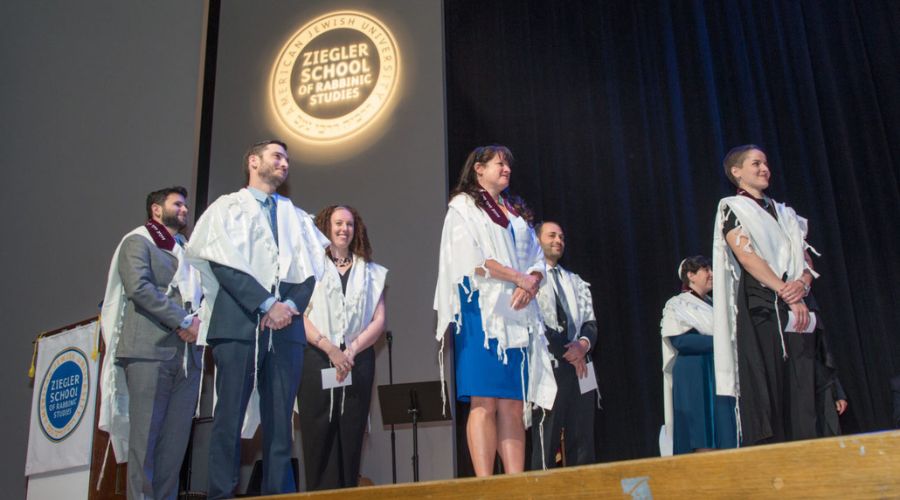 American Jewish University announced that it will restructure its Ziegler School of Rabbinic Studies for the upcoming academic year in a bid to make its flagship rabbinic program more accessible to future generations of Jewish leaders, according to university officials. The decision to broaden the reach of the Ziegler school, opening the rabbinate as a career path to individuals often excluded from rabbinic training, comes amid declining synagogue attendance from younger generations and a national shortage of rabbis, officials said.

Among the most significant of the reforms, which were adapted by the university’s board in November, is a reduction in the time required to complete the rabbinic degree.

Currently, students take five-to-six years to complete the course of study. The newly developed curriculum, however, is designed to be completed in four years—with three years of in-person coursework at AJU’s Los Angeles campus followed by a one-year residency at a congregation, chaplaincy, or agency in any location of students’ choosing. The residency year will provide an opportunity for students to serve their communities and learn the day-to-day responsibilities of the rabbinate, officials said.

Under the restructured program, students will also no longer be required to spend a year in Israel. Instead, students will now attend a nearly 12-week-long summer course in Israel that, according to university officials, will focus on the country’s land, languages, and people while exploring Zionist thought and Israeli culture.

The decision to streamline the program, officials said, was prompted by a growing shortage of rabbis that is leaving many Jewish institutions without spiritual leaders. To address this challenge, the Ziegler School, one of the nation’s largest Jewish seminaries, has sought to make it easier for strong candidates for the rabbinate to enter and stay enrolled in the program. In the past, many prospective rabbinic students have expressed concern over the program’s length, which exceeds that of most graduate programs, said Michelle Starkman, AJU’s vice president of communications.

“The demographics, experiences, and career statuses of rabbinical school applicants are shifting. More than ever before, applicants are in changing careers, and often married with children,” said Starkman. “We want to ensure that our program remains accessible, rigorous, and inclusive to future rabbis, regardless of circumstance.”

The university began making reforms to the Ziegler School earlier this year when it lowered tuition to the program by some 80 percent.

“The Jewish community, like the world around us, is changing rapidly. We need to respond with creativity and active engagement to offer relevant rabbinical training to provide real wisdom to strengthen the future of Judaism and the Jewish community,” said Rabbi Dr. Bradley Shavit Artson, dean of the Ziegler School, in a press release issued by the university.

“We are proud that the Ziegler School is directly facing and meeting those needs by pioneering a bold and innovative set of advances that we believe will become the standard for quality rabbinic education and preparation,” Artson continued.

The decision to restructure the Ziegler School comes just months after AJU announced the sale of its Familian Campus in Bel Air. Both the land sale and the Ziegler restructure are elements of the university’s efforts to meet the changing needs of a diverse Jewish community, Artson said.