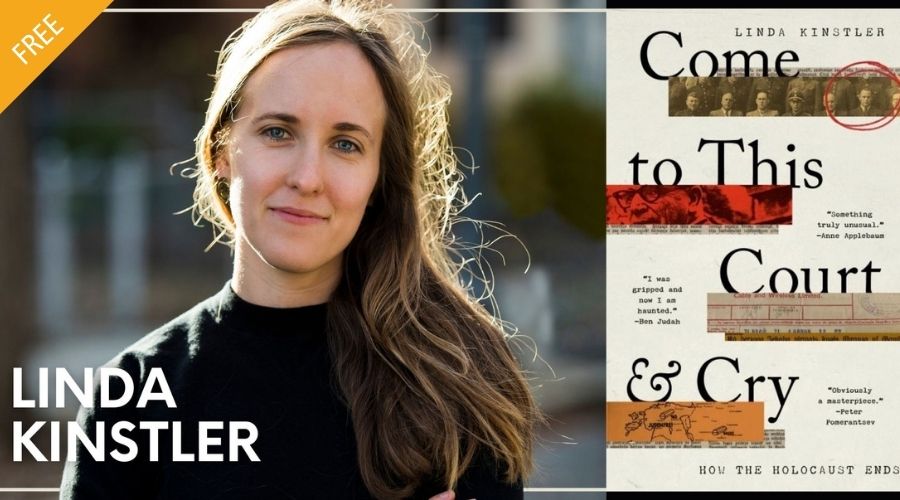 Holocaust Denial in Today's Courtrooms and What It Means for Justice and Memory
Tuesday at 12:30pm PDT

A few years ago Linda Kinstler discovered that a man fifty years dead – a former Nazi who belonged to the same killing unit as her grandfather – was the subject of an ongoing criminal investigation in Latvia. The proceedings threatened to pardon his crimes. They put on the line hard-won facts about the Holocaust at the precise moment that the last living survivors – the last legal witnesses – were dying.

Around the world, Second World War-era cases are winding their way through the courts. Survivors have been telling their stories for the better part of a century, and still judges ask for proof. Where do these stories end? What responsibilities attend their transmission, so many generations on? How many ghosts need to be put on trial for us to consider the crime scene of history closed?

Join author Linda Kinstler for a conversation on Kinstler's personal story and new book-- an investigation both of her family story and the archives of ten nations-- that examines what it takes to prove history in our uncertain century. Probing and profound, Come to this Court and Cry is about the nature of memory and justice when revisionism, ultra-nationalism and denialism make it feel like history is slipping out from under our feet. It asks how the stories we tell about ourselves, our families and our nations are passed down, how we alter them, and what they demand of us. Buy the book HERE 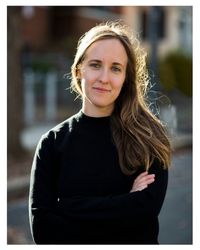 Linda Kinstler is a writer and Ph.D candidate in the Rhetoric Department at U.C. Berkeley. She was previously a Marshall Scholar in the UK, where she covered British politics for The Atlantic. She is also a contributing writer at Politico, was managing editor of The New Republic, where she covered the war in Ukraine, and has written for the New York Times, Los Angeles Review of Books, Columbia Journalism Review, and many others. She lives in Washington, DC. 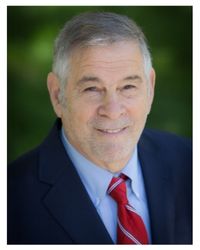