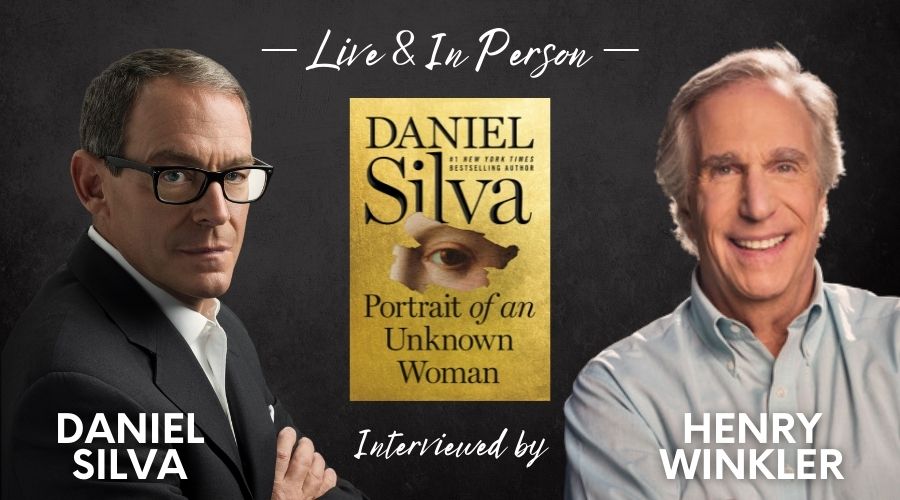 Portrait of an Unknown Woman is Daniel Silva's latest thrilling crime mystery combining art and high finance. Restorer and spy Gabriel Allon embarks on a dangerous hunt across Europe for the secret behind the forgery of a 17th-century masterpiece that has fooled experts and exchanged hands for millions. Bestselling author Daniel Silva follows up his acclaimed #1 New York Times bestsellers The Cellist, The Order and The New Girl with this stunning new novel. A copy of Portrait of an Unknown Woman is included in your ticket. Additional copies will be available for purchase at the event by local book seller Book Soup. 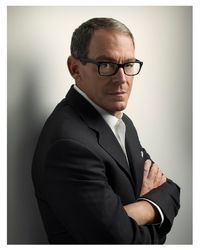 Daniel Silva is the award-winning, #1 New York Times bestselling author of The Unlikely Spy, The Mark of the Assassin, The Marching Season, The Kill Artist, The English Assassin, The Confessor, A Death in Vienna, Prince of Fire, The Messenger, The Secret Servant, Moscow Rules, The Defector, The Rembrandt Affair, Portrait of a Spy, The Fallen Angel, The English Girl, The Heist, The English Spy, The Black Widow, House of Spies, The Other Woman, The New Girl, The Order, and The Cellist. He is best known for his long-running thriller series starring spy and art restorer Gabriel Allon. Silva’s books are critically acclaimed bestsellers around the world and have been translated into more than 30 languages. He resides in Florida with his wife, television journalist Jamie Gangel, and their twins, Lily and Nicholas. For more information visit www.danielsilvabooks.com. 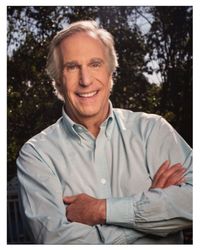 Winkler has enjoyed over four decades of success in Hollywood and continues to be in demand as an actor, producer, and director.

A 1973 audition in Los Angeles forever changed the life of the Yale School of Drama graduate when producer Garry Marshall and Tom Miller cast Winkler in the iconic role of Arthur Fonzarelli, aka “The Fonz,” in the TV series “Happy Days.’ During his 10 years on the popular sitcom, he won two Golden Globe Awards, was nominated three times for an Emmy Award and was also honored with a star on the Hollywood Walk of Fame. Both his famous leather jacket and Fonzie’s lunch box became part of an exhibit at the Smithsonian Museum in 1980.

Winkler has always believed in helping others and is especially passionate about children. He is a featured speaker at WE Day Celebrations promoting education and service for students. His work also included Honorary Chairman of United Friends of the Children; Founding Member of the Children’s Action Network; the first National Honorary Chairman of the Epilepsy Foundation of America; National Chairman of the annual Toys for Tots campaign; the National Committee for Arts for the Handicapped; the Special Olympics; and the Los Angeles Music Center’s Very Special Arts Festival for children who are physically challenged; as well as participating in numerous teenage alcohol and drug abuse programs. He has received a number of accolades from a variety of prestigious organizations, including B’nai B’rith.