The Journey with my Jewishness 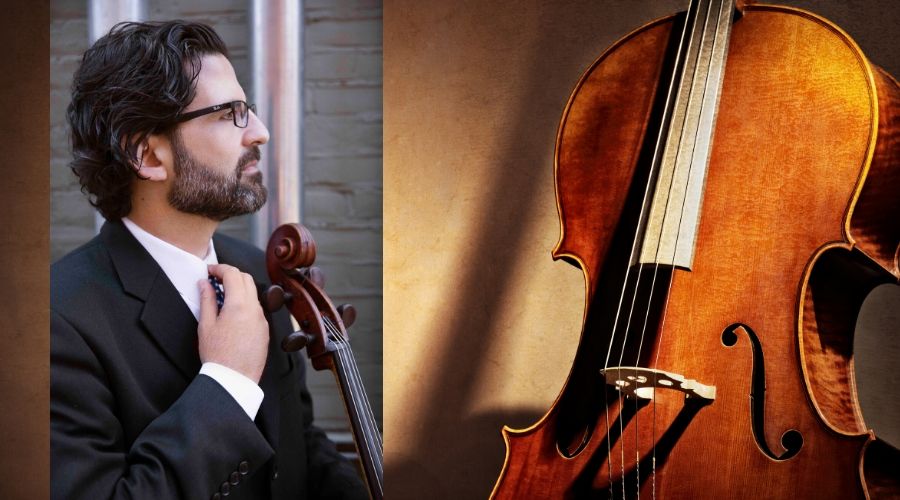 The Journey with my Jewishness

This powerful and compelling program follows renowned cellist Amit Peled's personal, musical, and spiritual journey. From his childhood growing up in a small kibbutz in Israel and listening to his mother singing the traditional tune "Eli Eli," to playing Max Bruch's "Kol Nidrei" as a young cellist and personally connecting with the Yom Kippur message, Amit explores the ups and downs of life and the desire to balance tradition, identity, and self-expression.Israeli-American cellist, conductor, and pedagogue Amit Peled, a musician of profound artistry and charismatic stage presence, is acclaimed worldwide as one of the most exciting and virtuosic instrumentalists on the concert stage today. 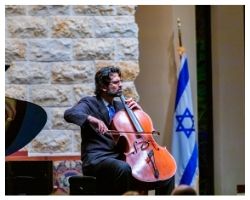 Israeli-American cellist, conductor, and pedagogue Amit Peled, a musician of profound artistry and charismatic stage presence, is acclaimed worldwide as one of the most exciting and virtuosic instrumentalists on the concert stage today. Peled has been named Music Director for CityMusic Cleveland for the 2019-2020 season. Peled is founder of the Amit Peled Cello Gang, a touring group composed of students from his studio at the Peabody Institute, and conductor and artistic director of the Mount Vernon Virtuosi, a chamber orchestra dedicated to launching the careers of recently graduated students. He is a founding member of the Tempest Trio and Goldstein-Peled-Fiterstein Trio. Peled lives in Baltimore and performs on the only known copy of the “Servais” Stradivarius by Vuillaume ca. 1865. Musical America named Peled one of the Top 30 Influencers of 2015. From 2012 to 2018, Peled performed on the Pablo Casals 1733 Goffriller cello. For more information, visit www.amitpeled.com.

Dr. Jeffrey Herbst is the fourth president of American Jewish University. Prior to joining AJU, Dr. Herbst was president and CEO of the Newseum and the Newseum Institute in Washington, DC. From 2010 to 2015, he was president of Colgate University, where among other accomplishments he is credited with helping the university complete its nearly half billion-dollar fundraising campaign, leading the development and initial implementation of a university-wide strategic plan, and increasing the diversity and academic caliber of its educational programming. Additionally, Dr. Herbst was a Senior Fellow at the Brenthurst Foundation, was a two-time Fulbright Scholar, and is currently a trustee of Freedom House. He has also served as provost and executive vice president for academic affairs and as professor of political science at Miami University in Ohio, and taught at Princeton University for almost two decades.Dr. Herbst earned his bachelor’s degree, summa cum laude, from Princeton University, and a master’s degree and doctorate in political science from Yale University. He is the author of the award-winning “States and Power in Africa” and, with several co-authors, the just-published “Making Africa Work.” In addition to many books and articles, he has been published in Foreign Affairs, Foreign Policy, The New York Times, The Wall Street Journal and many other digital and print publications around the world.