Jewish and Secular Values: What Is the Difference?

Jewish and Secular Values: What is the Difference?

Whereas many Jewish values have become mainstream in our national secular culture, there remains significant differences.

This session will examine those differences, and highlight how they can have significant impacts upon how we think, and, indeed, how we act in our daily lives. 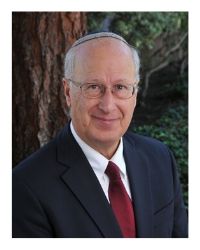 For the past 50 years, Bruce Powell has dedicated his professional life to Jewish education. He has helped to found and lead three Jewish high schools in Los Angeles, including Yeshiva University of Los Angeles High School, Milken Community High School, and most recently de Toledo High School. He has consulted on the founding of 23 more Jewish high schools throughout North America. In addition, he has provided consulting services to over 60 Jewish day schools through his work as President of Jewish School Management (JSM). He has won both the Covenant Foundation Award and the Milken Jewish Educator Award for his major contributions to Jewish education. Bruce also served for six years as a founding faculty member and mentor for the Day School Leadership Training Institute at JTS, and as a coach for the Head of School Professional Excellence Project at Prizmah. For the past two years, Bruce has been the director of the Institute for Day School Excellence and Sustainability (IDEAS), servicing ten Jewish day schools in America. Bruce has also served on the adjunct faculty of the American Jewish University since 1998. He received his doctorate from the University of Southern California in 1979, and an honorary doctorate from the AJU in 2007.