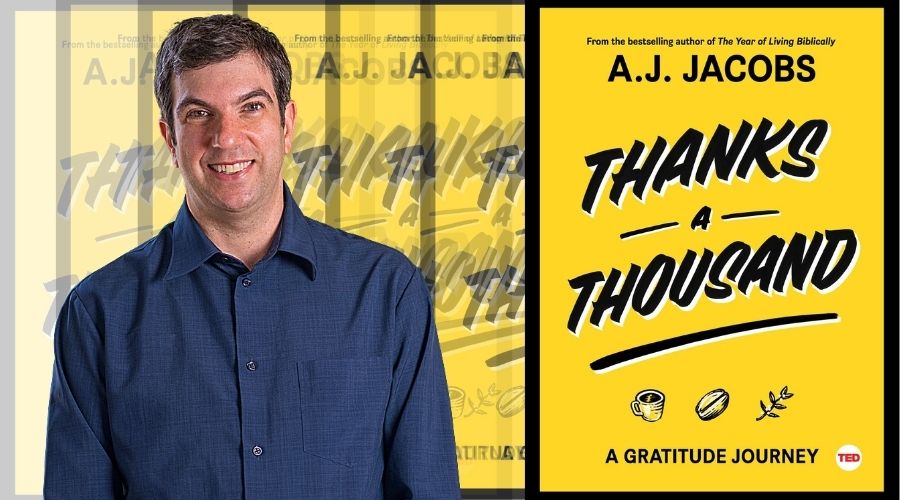 Whether he is finding the bean farmer to thank for a morning cup of coffee, figuring out how every one of us is related, living biblically for a year, or turning the world’s problems into puzzles to solve, AJ Jacobs' genre of stunt journalism has made him a multiple best-selling author and cultural icon.

Join him in conversation with Rabbi Sherre Hirsch, as he discusses how his adventures influenced his religious beliefs and how he continues to inspire us all--one page a time.

To purchase AJ Jacobs' Thanks a Thousand: A Gratitude Journey, please click here. 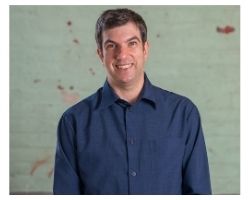 A.J. Jacobs is an author, lecturer and human guinea pig. He has written four New York Times bestsellers, including "The Year of Living Biblically," "The Know-It-All," and "Drop Dead Healthy." He is a contributor to NPR, Esquire, and the New York Times, among others. His most recent book is "Thanks a Thousand," which chronicled his quest to thank a thousand people who had even the smallest role in his morning cup of coffee. He has given four TED talks that have more than 8 million views combined. He lives in New York with his wife and three sons. He belongs to Rodeph Sholom synagogue.