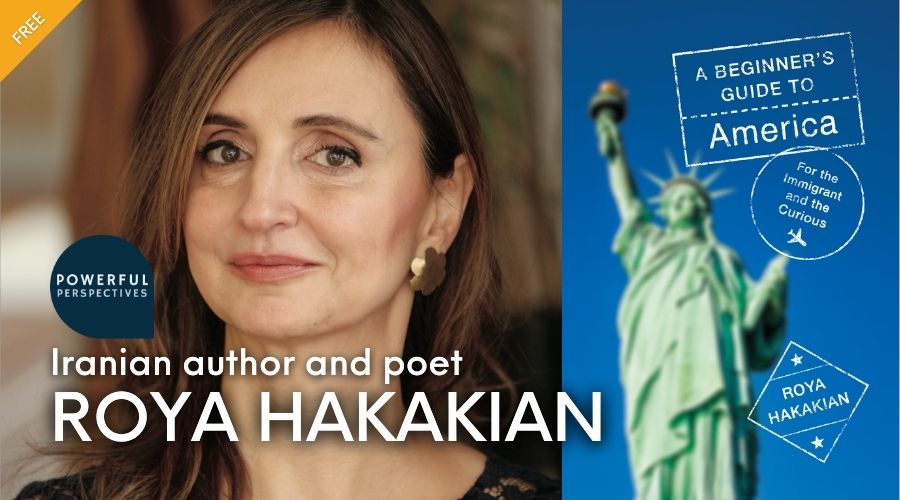 Roya Hakakian and her mother escaped Tehran in 1985, and became refugees seeking political asylum in the U.S. Journalist, author and poet, Hakaian served on the Council on Foreign Relations and was a founding member of the Iran Human Rights Documentation Center.

In her latest book, A Beginner's Guide to America: For the Immigrant and the Curious, she chronicles their journey and outlines everything she wishes someone would have told her when she first arrived.

Join her in conversation with AJU’s President, Dr. Jefferey Herbst, to discuss human rights and civic responsibility, reflected through the eyes of an immigrant. 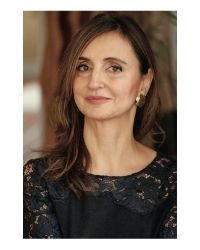 Roya Hakakian is the author of Assassins of the Turquoise Palace and Journey from the Land of No, and has published two collections of poetry in Persian. Her latest book is A Beginner’s Guide to America: For the Immigrant and the Curious, published by Knopf in March 2021. Her essays have appeared in The New York Times and The Wall Street Journal, and on NPR's All Things Considered. She is the recipient of a Guggenheim Fellowship, and served on the editorial board of World Affairs. Since 2015, she has taught at THREAD, a writing workshop at Yale, and is a fellow at the Davenport College at Yale. She lives in Connecticut.