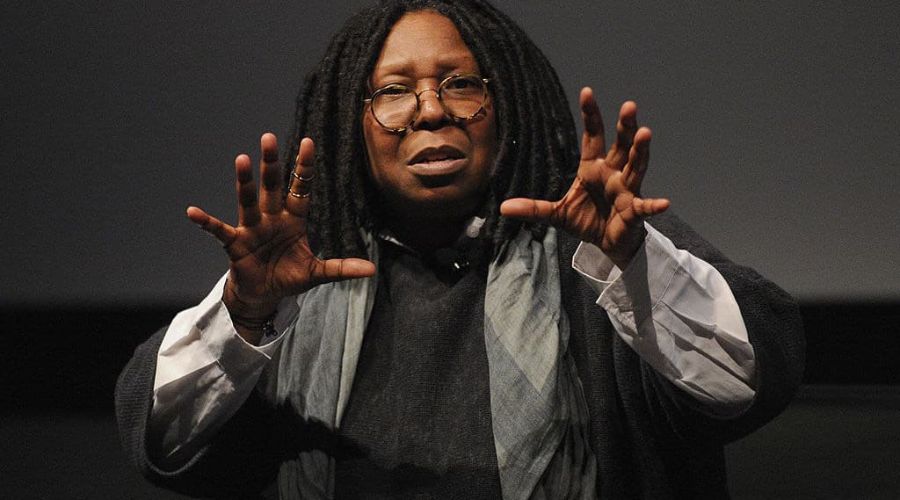 For a public figure with a huge audience, one would assume that having been rebuked and chastised publicly for making antisemitic remarks and erroneous factual errors it would not be repeated again—within less than a year. Whoopi Goldberg had been taken off the air for her previous failure to understand that the Nazi persecution and murder of the Jews was racism. She went through a series of interviews and discussions with a number of Jewish groups and leaders seeking penance for her errors. It, therefore, was appalling and unacceptable that she could repeat the same falsehood for which she had been so recently shutdown.

Once again, assuming no malice on her part but instead mere ignorance, one must ask her and others holding similar views what it is that she and they continue to fail to understand about the Jewish people and Nazi Germany. Furthermore, why are there no Black leaders—political, clerical, public intellectuals—not stepping forward and demanding that she be held accountable for being so hurtful?

To assert that the Nazi assault against the Jews was not racial is absurd. One can properly argue that Jews are not a race. But in fact, Jews are multi-racial and one even can become a Jew by choice—conversion. Go to Israel and see the multiplicity of colors of Jews. North African Jews resemble North Africans; European Jews, Europeans; and Ethiopian Jews, Ethiopians. And while many prominent Jews in the United States are white, there is also a significant and increasingly visible Black Jewish community, some by birth and some by choice.

When the synagogue in Colleyville, Texas, was attacked last year by a terrorist who took its Sabbath morning worshippers hostage, he asked to speak with the rabbi of the Central Synagogue. He presumably mistakenly believed that the Central Synagogue (near Grand Central Station in  New York City) must be the center of Jewish power. He would have been surprised to learn that its distinguished rabbi is a Korean born Asian-American Jew, Rabbi Angela Warnick Buchdahl.

Remember, the Nazi murder of Jews was all about racism.

A recent Pew Survey reported that many Jews who do self-identify as Jews, declared they had no religion, so being a Jew is more than being part of a religion, though for many Jews the foremost expression of their identity as Jews is religious. Mordecai Kaplan, the distinguished 20th-century rabbi and Jewish theologian, famously wrote that Judaism is a civilization, a peoplehood, a culture, an ethnicity, a tradition with its own languages, customs, norms, foods, music, dance, art, thought, history, and philosophies. Ms. Goldberg in her illustrious career must be familiar with many sorts of Jews: some devout, some less so, some religious, some anti-religious, yet all affirming that they are Jews.

Did the Nazis care about Jews because of how they practiced their religion?

Based on the 1935 Nuremberg Laws, the Nazis defined the Jews not by the identity they affirmed, the traditions they embraced, or the religion they practiced, but biologically. Jews were defined by German law based on the religion of their grandparents. German law developed several categories of Jews: full Jews, mischlinge (mix-breed or mongrels), half Jews and quarter Jews. Roman Catholic priests and nuns, Protestant pastors and parishioners were defined as Jews by the State even as they saw themselves and were seen by their Church doctrine as Christians. If one grandparent was a born a Jew, a person was marked by the Nazis as a member of the Jewish race.

Nazi ideology was all about racism. Aryans were the master race; all other races were subordinate. Twenty-eight institutes of racial science were created throughout Nazi Germany to prove “scientifically” the racial superiority of the Aryan race. Eugenics and euthanasia were joined.

Jews were the lowest on the racial hierarchy. They were not just considered an inferior race but also regarded as a “cancerous threat” to the Aryan race. German policy toward the Jews evolved under Nazism from exclusion to expulsion and from expulsion to extermination. Saul Friedlander has termed it “redemptive antisemitism”: the murder of Jews was essential to the salvation of the German nation. Yale historian Timothy Snyder considers it “zoological antisemitism,” the determined elimination of a species of humanity from the face of the earth.

Simply put, while the Holocaust was not all about race, it was surely about race.

Simply put, while the Holocaust was not all about race, it was surely about race.

Ms. Goldberg may believe that her experience as a Black woman has taught her all there is to know about racism, yet she clearly does not know about Nazi racism. The more she seeks to clarify her remarks, the less credible she becomes. Even without the presumption of malice one must come to the conclusion: “Forgive her for she knows not of what she speaks.”

This is precisely why Goldberg’s misspeaking exposes the other side of the problem. Jews and all Americans have a right to be defended and she needs to be addressed by leaders from within her own community. When a public figure makes gross, insulting, defaming comments, his/her own community needs to speak out. It is not sufficient that Jews push back and her employer suspends her. That Goldberg has uttered the same pronouncement without being put on the public carpet suggests that these remarks are being normalized.

As the rabbis say in a number of places in the Talmud: “Silence is assent.”