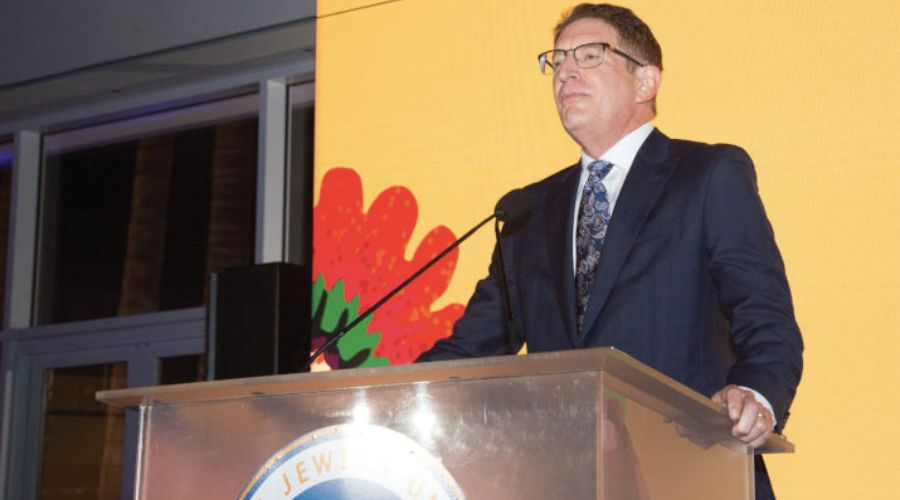 The past connects to the present. Today’s historians, like historians throughout the centuries, analyze and interpret past events in large part by how they impact our lives and our communities today.

The threads that connect past and present and connect the generations that span them are often reminders of the human ability to do the right thing. Those threads can also be reminders of humanity’s grotesque capacity to do just the opposite.

This reality came into full view late last year when the singer and rapper Kanye West—known colloquially as Ye—dusted off some choice antisemitic tropes and aired them within earshot of the listening public. West’s comments, together with similar statements made by Boston Celtics player Kyrie Irving, came on the heels of the emergence of politically active groups in the United States whose ideology is rooted in large part in hatred. 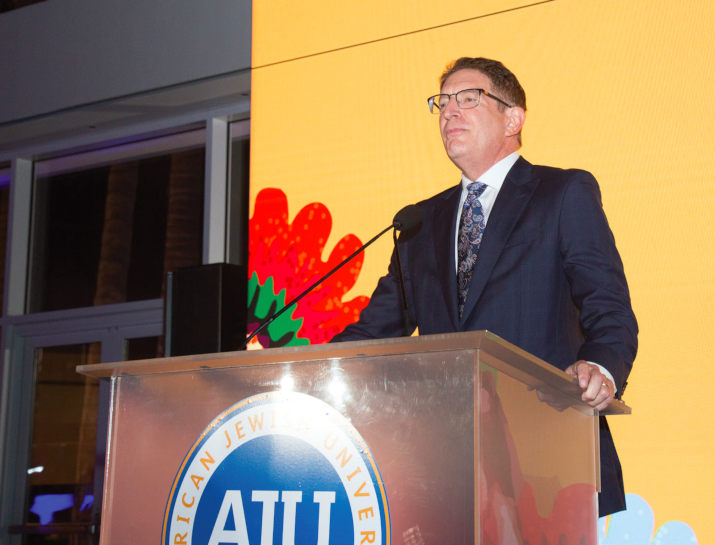 While the public may have been shocked by media reports of West’s comments and the comments of West’s defenders, those within the Jewish community nationally and globally who pay attention to such trends heard an all too familiar refrain. Antisemitism and hate crimes have been trending upward.

“I think the data and what we’ve heard indicates that there has been a rise in antisemitism over the last few years. It’s not uniform, but it’s definitely risen significantly,” says Dr. Jeffrey Herbst, President of American Jewish University (AJU) in Los Angeles, a center for Jewish research and talent serving the Jewish community.

“If we look at reported incidences to the Anti-Defamation League, which is the collector of information, at reports of incidents on college campuses, and what’s going on social media, it all points in one direction, which is that hate in general in our society, but antisemitism specifically, are increasing.”

Herbst background and experience as an academic provides him a unique perspective to observe and analyze trends related to race, ethnicity, and religion in the United States. He is a recognized leader in the Jewish and educational communities and, prior to serving as President of AJU, he was president and CEO of the Newseum Institute in Washington, DC. He was also President of Colgate University from 2010 to 2015. 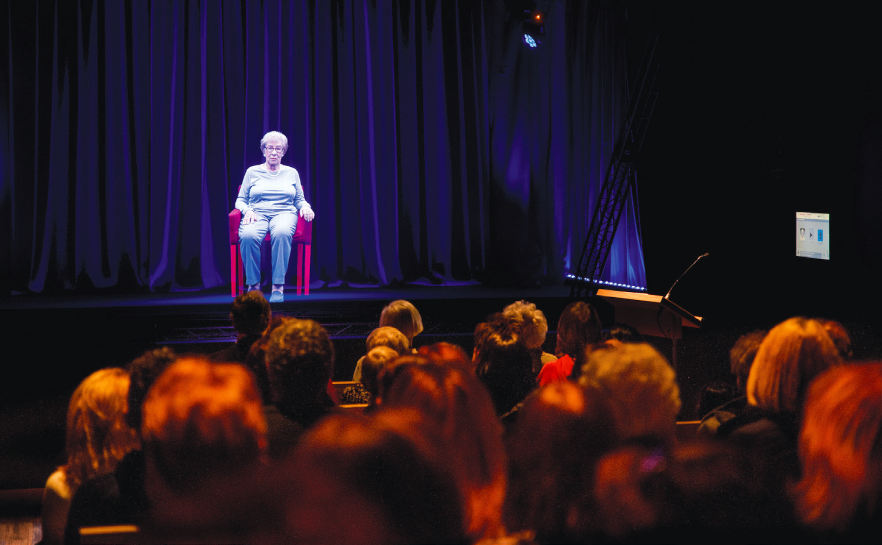 “It’s very complicated. There were haters and racists and antisemites before social media and they organized, but social media has allowed them to find each other,” he says. “The language of social media is often course and there’s not the kind of guardrails that there were occasionally in society. I think our society has become more polarized. Bias incidents of all types have increased, and antisemitism is usually a leading indicator of bias in society in general.”

“Jews in certain neighborhoods are definitely under attack and that makes it more difficult because if it was mainstream politics, primarily, you could say, ‘This is a losing strategy’,” he says. “It’s on the left, and it’s on the right. It’s a diffuse, amorphous phenomenon that feeds on itself. Then every once in a while, you have this media breakthrough with someone like Kanye, which I think to some extent normalizes what had previously been unacceptable speech, and so it all feeds into one another and it makes any kind of solution really complicated.”

For years now, university campuses have become flashpoints, and Herbst says that while college administrators have lately begun to address expressions of antisemitism and the conflation of opposition to the Israeli government with antisemitism, they still have more work to do. 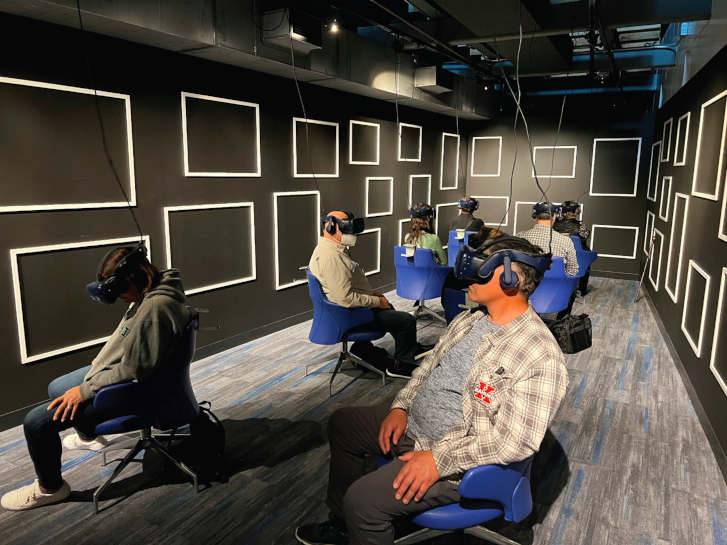 “There are a lot of Jewish kids on college campuses now who are afraid of signaling their identity, afraid of identifying with Israel, and they have to overcome those fears because I think the only way to change the trajectory of all this is to be defined, and that’s hard sometimes,” Herbst says. “I think pushing back is the only way.”

The vast majority of Jews see support for Israel— the land, the people, the state—as central to their Jewish identity, Herbst says. Judaism itself is intertwined with love of Israel, but that’s different from saying that Jews necessarily support any particular government in Israel.

“Because I consider myself a patriotic American doesn’t mean I like every single government that America’s had or everything that every American government does,” he says. “The data we’re getting now says an increasing number of Jewish students on an increasing number of college campuses feel intimidated to express their Jewish identity because of debates around Israel, and that’s bad.” 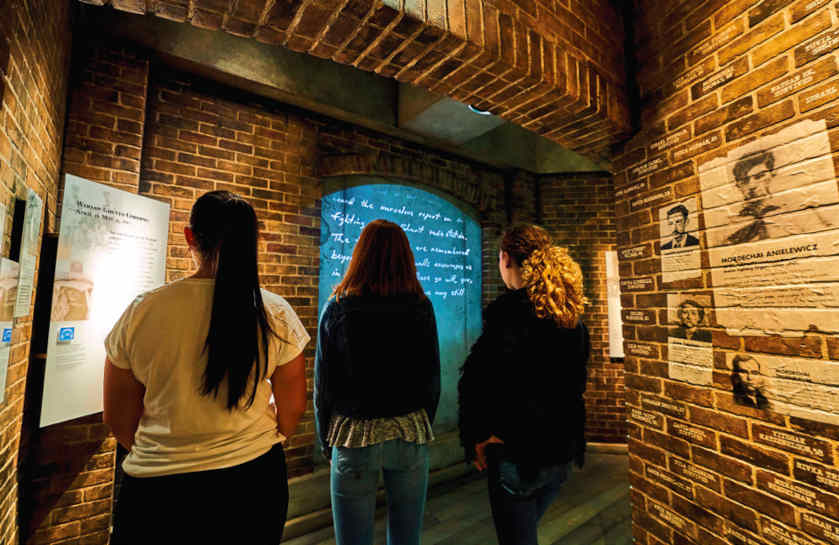 The struggle to turn these trends around, to perhaps break the negative thread of antisemitism that connects the past and the present, requires persistence and to some degree a willingness to take a long, internal view of our own hearts and conscience.

“I don’t think these things get resolved; I think they get better or worse. I think the university administrators are now more sensitive about antisemitism than they were a couple of years ago. I don’t think enough colleges took antisemitism seriously,” Herbst says. “More do now, and they have become acutely sensitive to expressions of bigotry and racism over the last few years.”

The well-known English author and journalist Jonathan Freedland believes a critical way to at least dent the cycle of antisemitism from generation to generation that Herbst has observed over the years is to document and communicate the important stories of Jewish history that will resonate with today’s audiences. 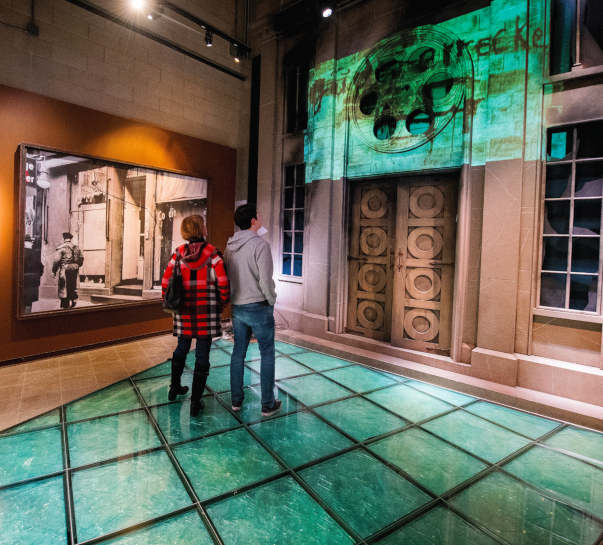 Last week, Freedland partnered with the Illinois Holocaust Museum and Education Center in Skokie for a virtual presentation of the little known (up to now) story of Rudolph Vrba, one of the first escapees of Auschwitz who would go on to bear witness to the atrocities to European governments, most of which were initially unreceptive to the truth. Freedland tells Vrba’s story in his recently published book, The Escape Artist.

“Vrba was the victim of a very specific kind of war against the Jews. That is something enduring,” Freedland says. “Jewish people can get depressed talking about it because it can seem like one of these absolutely perennial things that is just with us forever in history and doesn’t ever change. It’s just an enduring fact of our world.” 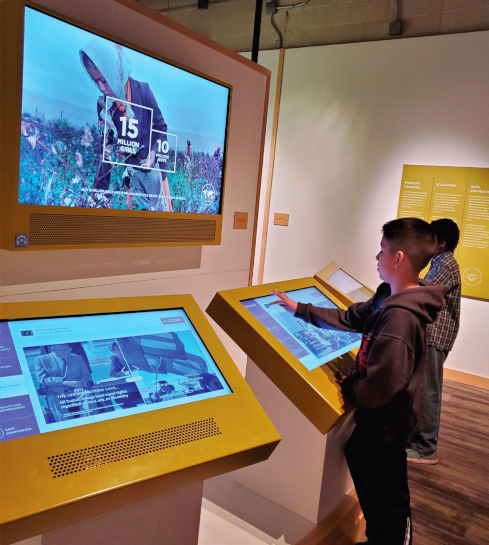 The Illinois Holocaust Museum Education Center sponsors a robust set of
educational exhibits for young students to learn more about the Holocaust and Jewish history.

Freedland says the common thread between Vrba’s story and the world we live in today is false information and how it was used then and is used now to perpetuate a false narrative that can lead to atrocities like the Holocaust.

“Kanye West’s form of antisemitism is not even complicated. It’s old-school, old-fashioned, conspiracist Jew hatred in which Jews are the secret hidden hand behind world events and so on,” he says. “The other thing that is perhaps more surprising—and Kanye West is in a way part of this too because what he is spreading is untruthful, is that danger was absolutely central to the Nazi project against the Jews because the way they did it was through lies.”

In his book, Freedland refers to the story about fake showerheads in the ceiling of the gas chambers, and he says he remembers knowing that, but thinking that it was some kind of macabre joke, whereas now he understands it was central to the Nazi’s methods.