How Maven Is Helping Bring Jewish Wisdom To The World: An Interview With Rabbi Sherre Hirsch 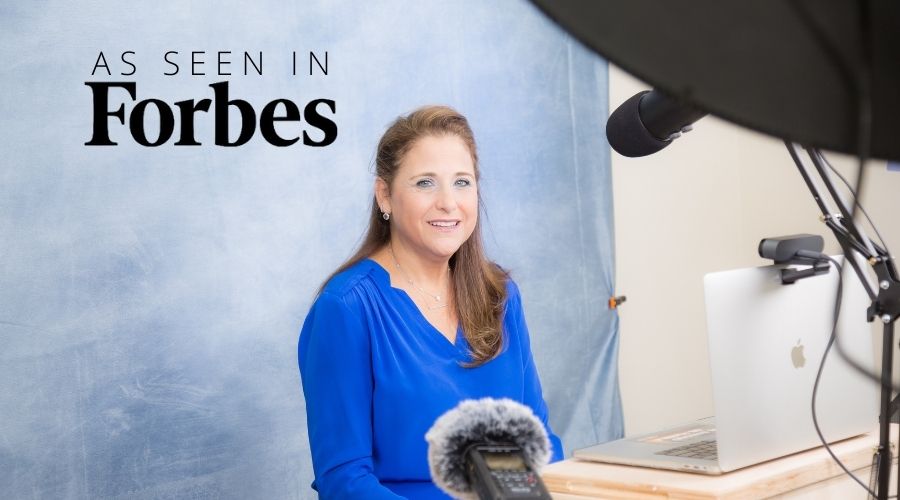 How Maven Is Helping Bring Jewish Wisdom To The World: An Interview With Rabbi Sherre Hirsch
By Afdhel Aziz, Co-Founder, Conspiracy of Love, and Good is the New Cool

Maven is a new platform that has the unique purpose of helping bring Jewish wisdom to the world. I caught up with Founder Rabbi Sherre Hirsch to find out more.

Afdhel Aziz: Sherre, welcome! You’ve had an unorthodox (excuse the pun!) career to date, combining  being a rabbi and a tech entrepreneur. How did this lead you to creating Maven?

Rabbi Sherre Hirsch: When I was younger, I didn’t know I would be a rabbi when I was older, but looking back, I’m not surprised that this was my path. In Hebrew school, I found ways to get into enough trouble that I could be sent to the rabbi’s office but not so much that I’d be sent home because I wanted to soak up this man’s wisdom.

It wasn’t until I was in college, studying with an Orthodox rabbi, that I realized this could be my future. I became the first female rabbi of one of the largest congregations in Los Angeles and got to see firsthand the importance of connection and community. I’ve always wanted to heal the world and found the best way for me to do that was to create programs that fostered opportunities for people to come together.

One of the reasons I believe I’ve found success is because I not only think of the idea, but I also figure out how to bring it to life. My family owned a retail lighting store in the local mall, and my job was to count the register and stack the lightbulbs. Being financially independent by 18, if I had a problem, it was up to me to solve it.

When I became the Chief Innovation Officer of American Jewish University, I wanted to blend my spiritual calling and my entrepreneurial passion, and Maven was born. Maven’s mission is to bring Jewish wisdom to the world, and that wisdom is for all people. Jewish wisdom teaches that every one of us can take action to leave the world better than we arrived. If I can help inspire and empower people to live a more meaningful, purposeful life because of the Jewish wisdom shared through Maven, I know I’ve succeeded.

Aziz: How would you describe Maven and what kind of offering does it have?

Rabbi Hirsch: It all started with the pandemic. In March 2020 people became lonely and isolated overnight, and I was worried that in the wake of lockdowns and social distancing, people would become emotionally and spiritually alone. I wanted to give people what they needed, a front-row seat to intimate conversations that made them feel included and connected.

Beyond that, I really wanted people to see that Jewish wisdom, regardless of background or history, helps people live purposeful lives—and that they don’t have to be Jewish to take away something meaningful. From the beginning Maven was intentionally designed for all people, to discover the ultimate lesson: you need to be the agent of change. You cannot defer how you act and how you behave to someone else.

One last really special thing about Maven is the kind of content we bring to our audience. These conversations are with leaders, innovators, disruptors, celebrities and more than 200 diverse guests from every walk of life. They’re the kind of people who normally don’t have one-on-one conversations with a rabbi in front of 750-1200 people in a live setting. But they come to our platform because we create a secure environment and because we ask atypical questions that enable them to share sides of themselves they normally don’t share in public.

Aziz: Who are some of the thought-leaders you have hosted and what have been some of the highlights?

Rabbi Hirsch: I loved when we were able to invite the Jewish producer Jonathan Yunger and Christian star Taylor John Smith to be in conversation with me about “The Untold Story of American Valor: Behind the Movie the Outpost.”

Another one I’ll tell you about is Cokie Roberts’ husband Steven Roberts. He came to talk about his book, “COKIE: A Life Well Lived”. The reason I love his interview is because it was so raw and real. He shared that his Catholic wife had taught him how to be a better Jew, and his in-laws made him value and appreciate what it means to actually own your identity. The interview is profound and wise for everyone.

Aside from those highlights we have hosted such a diverse set of speakers including Buzzy Cohen, the Jeopardy Champ discussing his battle with mental health; His Excellency Omar Saif Ghobash of the UAE discussing the Abraham Accords; and Laura Berman, the sex therapist discussing her spiritual odyssey.

Aziz: What has been the reaction from the audience?

Rabbi Hirsch: What I love about our viewers is that they really get what we’re doing and they’re spreading the word. We get hundreds of letters each day that say things like, “I’m in a hospital with COVID, and my only joy is that I know every morning I get to wake up to the best conversations in the world.” But equally, we’re hearing from people who are engaging in meaningful conversations and applying what they’re learning through Maven to their own lives.

One great example was of a conversation we had with an organization called Jewish Queer International (JQ International), which is creating inroads for Jewish people to be accepted as queers both inside and outside of the Jewish community. One of the best, unexpected responses to this conversation came three months later when I merely stumbled upon these two young women in their 20s at a JQ International event online. When they realized who I was, we all started to weep because one of the girls had her family watch that event and used that conversation to tell them she was gay. That blew my mind. I felt like if everything shut down that very night that everything we had done up until that point was worth it.

Aziz: Finally, what are your plans for the future of Maven?

Rabbi Hirsch: We’re building an expansive partnership model, which enables us to give individuals, institutions, and communities the ability to provide enhanced digital education without the burden of technology and content development.

We also hope to build sponsorship opportunities, Maven on Demand, and many other amazing avenues for this platform to grow. We want to create a world in which people see that Jewish wisdom can transform their lives for the better. I look forward to the day that everyone is an expert, a Maven, making a kinder, better and connected world.