How Graduates Should Fight Anti-Semitism 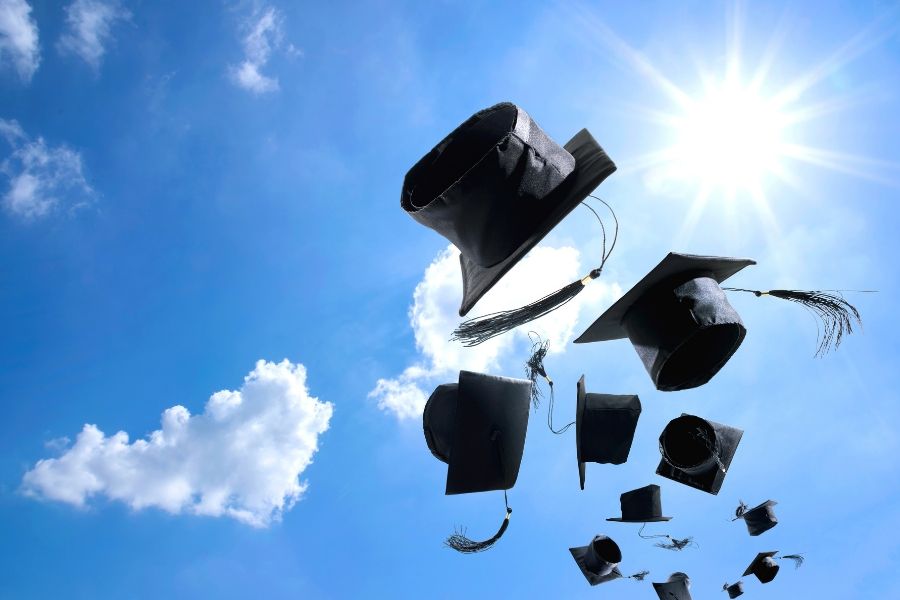 The following is the speech given at the graduation ceremony of American Jewish University by AJU President Jeffrey Herbst on May 19. Dr. Herbst's speech was also published by the Jewish Journal.

As this is my first graduation address as president of American Jewish University, I feel compelled to address a dark problem: the resurgence of anti-Semitism and how you, as citizens, rabbis, nonprofit leaders and educators, should respond.

The academic year was more or less bookended by the Tree of Life massacre in Pittsburgh in October — the most violent attack on the Jewish community in American history — and the Poway shootings in late April. In between, there was substantial documentation that this age-old prejudice is on the rise. The Anti-Defamation League (ADL) reported that, “The U.S. Jewish community experienced near-historic levels of anti-Semitism in 2018, including a doubling of anti-Semitic assaults.”

The reasons for this upsurge in hatred are complex and I cannot deal with them adequately here. I will say that the hatred for the Jews comes from the left and the right, from long-established American institutions and from emergent platforms. Certainly, no one should be sanguine that their side is without blame.

The question now is how to respond to anti-Semitism in the particular digital environment in which we live. In the past, the anti-Semitism that we saw in this country, while always abhorrent, was limited in time and space: the vandalism of tombstones, the Nazi graffiti, the assault on a person were acts that may have received attention locally but could not spread for long before the damage was repaired, the wall whitewashed, the victim healed.

Now, in large part due to the internet, every action is magnified, and the bigots have an instant world stage that they continually exploit. It seems almost quaint, those days when those who hated Jews distributed or quoted from the notorious “Protocols of the Elders of Zion.” Now killers, whether they be of Jews or others like the perpetrator of the massacre in Christchurch, New Zealand, leave behind elaborate manifestos filled with memes and in-jokes on platforms like 8chan to celebrate themselves, justify their actions and encourage others worldwide.

“Now, in large part due to the internet, every action is magnified, and the bigots have an instant world stage that they continually exploit.”

But it is not only the killers who seek to dominate the conversation. In a world with a 24-hour news cycle, Twitter feeds and instant communication, there is a serious danger that anti-Semites who use only smartphones will position themselves to reap enormous amounts of free publicity. Thus, when someone makes an apparently anti-Semitic tweet, we are now well accustomed to what follows: a whole range of Jewish institutions and personalities respond, rightfully, to what they see as a new manifestation of hatred; there is then a counterattack about what the original statement really meant; and then further receding waves of indignation for days or weeks until the next outrage. All the while, attention is showered on the hater.

I fully support the work of the ADL, the Simon Wiesenthal Center and other institutions and people who respond to each and every one of the these outrageous statements. At the same time, I wonder if we are playing an old game in a new land. It used to be that responding directly to prejudice alone was the right response: Quite often, shame worked in what was also quaintly known as polite society to deter further utterances and the conversation could be contained.

Today, there is no, or very little, shame because people become famous by becoming more outrageous, and they take the rightful attacks against their prejudice as evidence that they are on to something.

What then, as future leaders, can you do? Surely the answer is not to ignore the anti-Semitism that is found in tweets, posts and manifestos. Such nonchalance would reflect poorly on us as a society and, more directly, be perceived as a sign of weakness by our enemies.

I would therefore suggest the following:

Give no free publicity. New Zealand Prime Minister Jacinda Ardern was undoubtedly correct in vowing to never say the name of the mosque shooter. We should be similarly circumspect about giving any additional publicity beyond direct refutation to anti-Semites. They should not get their picture printed, their vile arguments should not be endlessly repeated, and their manifestos should not be linked to for days or weeks after they speak.

We must also gain control of the conversation. Saying that the anti-Semites are wrong is not enough and may be what they want. For instance, the dual loyalty canard is one of the most common messages of the anti-Semites. I no longer feel that it is enough to state defensively that support of Israel is not in tension with being a patriotic American. Rather, I am happy to say at all times, and not just when the anti-Semites attack us, that I am a proud supporter of both the United States and Israel, not least because that relationship has been of enormous strategic value to the United States.

I also am not going to cringe when the bigots shout “Jews will not replace us.” Rather, I am happy to say unprompted that the Jews are better educated and wealthier because we have taken advantage of all this great country has to offer. If you do not like that, get rid of your tiki torches and go to school.

Finally, we have to be very careful about whether we should try to silence the haters. Many in our community celebrated when Facebook recently banned some of the bigots. That was certainly their right as a private company. And the social media platforms do have to be careful about their technologies being exploited to threaten specific individuals or used to promote criminal activities like human trafficking.

However, in this digital age, the bigots will always find another platform. Rather, a far more devastating rebuke of the digital racists and anti-Semites would have been to ignore them so that they died on the vine. Banning them gives them the very attention and the new set of grievances that they so desire. I would like to get to a point where we all agree that they are no longer worth our attention.

Ten years ago, I would not have given this speech. It pains me somewhat to think about the world our graduates are about to enter. However, I remain, in the end, relentlessly optimistic because I believe that you have been given the tools to fight the anti-Semites, the racists and the other bigots in this new order. Not by simple refutation but by painting the outlines of a new world of spirituality, service and education, where we can all live together and where those who speak of peace and hope are given the most attention.