Extremists shouldn't be silenced, they should be debated 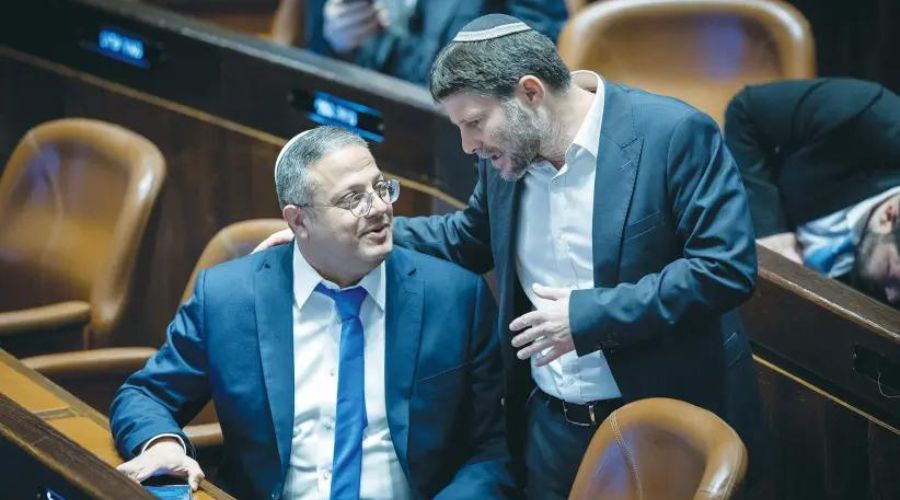 In December, over three hundred rabbis signed an open letter protesting the prospect of Bezalel Smotrich of the Religious Zionist Party (RZP) and Itamar Ben-Gvir of the Otzma Yehudit party being included in the next Israeli government. They pledged not to invite members of the RZP bloc and Otzma Yehudit, “to speak at our congregations and organizations. We will speak out against their participation in other fora across our communities. We will encourage the boards of our congregations and organizations to join us in this protest as a demonstration of our commitment to our Jewish and democratic values.”

The letter is a dramatic indication of the profound and deepening divisions between Israel and the Diaspora. Unfortunately, the rabbis drew the wrong conclusions.

The signers of the letter say that they are concerned about the participation in the new government by Smotrich and Ben-Gvir, as in the past, they have been arrested for incitement, trespassing and intimidation and Ben-Gvir was previously a member of the now-defunct Kach group that was considered a terrorist organization by the United States and Israel.

The rabbis also identify extremely worrisome proposals that Smotrich and Ben-Gvir may force be adopted as the price for their participation in the new government, including changing the Law of Return to delegitimize non-Orthodox conversions, diminishing LGBTQ rights and the rights of women, curtailing the prerogatives of the Supreme Court, annexing the West Bank and expelling Arab Israeli citizens who challenge the government.

However, it is a mistake to believe that the correct form of protest is to prevent members of the new Israeli government from speaking not only in the rabbis’ congregations but also in other organizations in their communities. That would presumably include American Jewish University in Los Angeles (of which I am president) and notably, our digital platform Maven, which since the start of the pandemic has garnered a worldwide audience for our programs on Jewish wisdom, spirituality and current events.

The real value of allowing people to speak is to understand their position and thereby sharpen your own arguments if you disagree with them. For instance, among those who protested the AJU’s decision to host Benjamin Netanyahu on our Maven platform in October, right before the election his putative coalition received the necessary votes to form a new government, were two alums (one a rabbi) who wrote to us that we should not interview Israel’s longest serving prime minister because Netanyahu had caused division and hate within Israel.

Our role, they said, should be to bring people together. They promised to stop their giving to the AJU, which they had recently increased.

I wrote back that I appreciated their concern but that they had misunderstood the role of public debate. While it would be nice to bring people together, there is great value in understanding differences.

Why is it wrong to silence extremists?

I ALSO noted that there are also some who were upset when I interviewed former Shin Bet head Ami Ayalon who has been extraordinarily critical of leading Israeli politicians, including Netanyahu, and has said that Israel has apartheid characteristics.

There were also some who complained when I interviewed a leading Los Angeles Department of Police official soon after the George Floyd protests started, believing that anyone in his position was beyond the pale.

Focusing on not allowing Smotrich or Ben-Gvir to speak anywhere within earshot is also the classic work of censors who miss the real problems. These new Israeli leaders are deeply problematic. However, the real issue is that the extremists received 11% of the vote in the last election. That is not only an enormously consequential vote in the Israeli system but also a non-trivial percentage of the Israeli Jewish population (assuming essentially no non-Jewish Israelis voted for them) and, given that roughly half of world Jewry lives in Israel of the Jewish population worldwide. The rabbis and the rest of us should desperately be searching for the answer to the question of how could so many Jews have views which are not only violently at odds with large portions of the diaspora but which threaten to further antagonize fault lines in Israel and between the Jewish homeland and the Diaspora.

Unfortunately, the reflex response these days to odious voices is to try to shut them out rather than, as would be appropriate, listen especially carefully. In 2016, fewer would have been surprised about Donald Trump’s victory if they paid attention to what he was saying and how he was received in Wisconsin and Pennsylvania rather than being satisfied that he was not visiting their neighborhood.

Instead, the only way of understanding how odious views have become so popular is to encounter them publicly and disagree. Banning the speakers from the thought silos one occupies does little to punish them, pushes them to be with the constituencies in the US and Israel who support them and reaffirms the views of the extreme Israelis that the diaspora does not even want to listen to.

American rabbis are hardly alone in rejecting that they might actually be able to learn about differences. Israel’s Sephardi Chief Rabbi Yitzhak Yosef recently said to his followers that they should not interact with Reform or Conservative Jews who, in his views, were forming their own religion and are, “uprooting our Torah.”

I am not making a plea for compromise or holding out a misplaced hope that somehow we will all come together if we listen to one another. The differences are too stark for that. This is also not an attempt to minimize the dangers of Jewish extremism. However, I know that we will not understand how we came to this point, much less how to confront the pathologies that have emerged, unless we listen and consider, and thereby strengthen our own arguments and counter strategies.