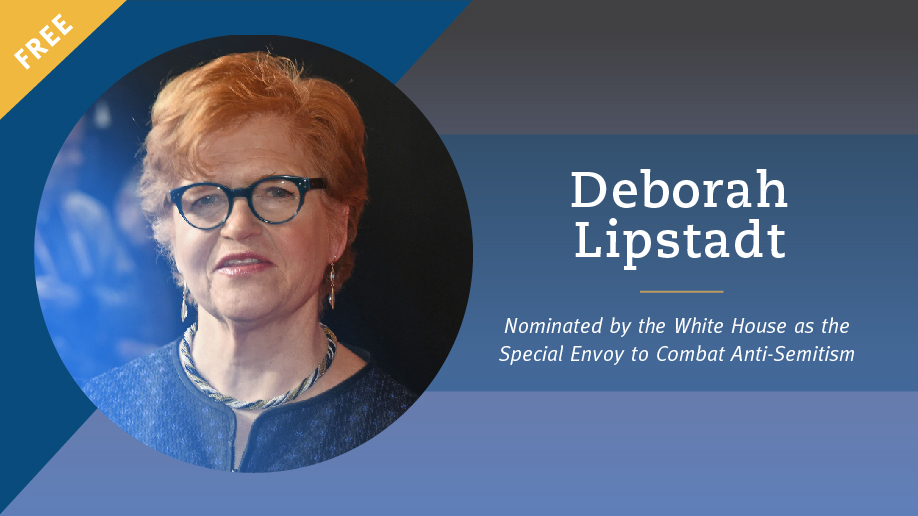 A preeminent Holocaust historian is tasked by the White House to serve as Special Envoy to combat antisemitism.

Dr. Deborah Lipstadt devoted her professional life to battle antisemitism and discrimination. Her efforts were recently acknowledged by the White House, as she was nominated to serve as Special Envoy to Monitor and Combat antisemitism, the highest-ranking public official given this task. The nomination for this position, set in the U.S. Department of State with the rank of ambassador, was hailed by Jewish organizations and communities nationwide.

Join her in conversation with Prof. Michael Berenbaum, to discuss her path as a transformative and an inspiring educator, author and commentator. As past Director of AJU’s Brandeis-Bardin Institute, this will also be a heartwarming homecoming. 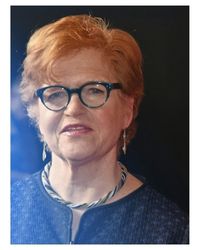 Deborah Esther Lipstadt, Dorot professor of Modern Jewish History and Holocaust Studies at Emory, University in Atlanta, has published and taught about the Holocaust and antisemitism for close to 40 years. She is best known as author of the books Denying the Holocaust, History on Trial: My Day in Court with a Holocaust Denier, The Eichmann Trial, and Antisemitism: Here and Now. Professor Lipstadt was an historical consultant to the United States Holocaust Memorial Museum, and helped design the section of the Museum dedicated to the American Response to the Holocaust. She has held Presidential appointment to the United States Holocaust Memorial Council (from Presidents Clinton and Obama) and was asked by President George W. Bush to represent the White House at the 60th anniversary of the liberation of Auschwitz. She was part of a committee that advised Secretary of State Madeline Albright on matters of religious freedom abroad. She is frequently quoted in the New York Times, Washington Post, Wall Street Journal, Forward, and Tablet. She regularly appears on BBC, CNN, NPR, and PBS among many others.