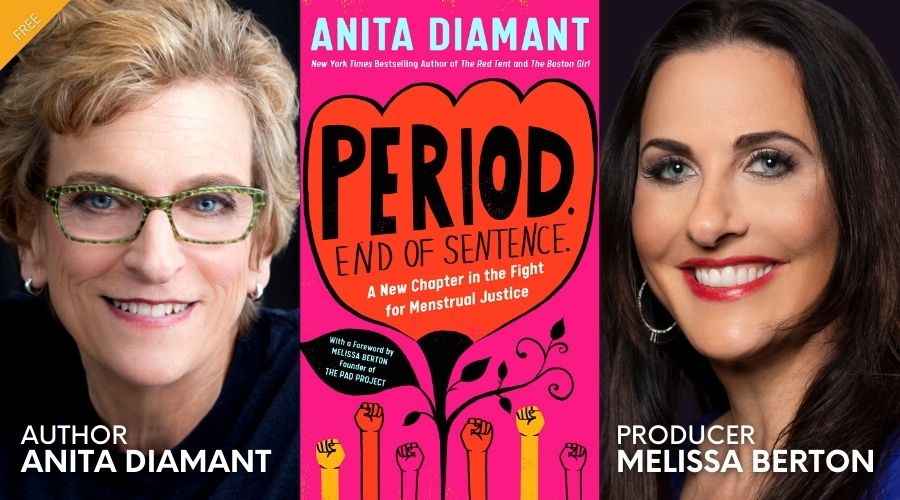 When the documentary Period. End of Sentence won an Oscar in 2019, producer and founder of The Pad Project Melissa Berton told the audience, “A period should end a sentence, not a girl’s education.”

Join them in conversation with Rabbi Sherre Hirsch to discuss their collaboration, the global fight for menstrual equity and how Jewish values inspire their paths. 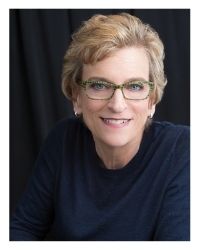 Anita Diamant is the author of thirteen books. Period. End of Sentence is her most recent . Her first novel, New York Times bestseller, The Red Tent, has been published in more than 25 countries. Winner of the 2001 Booksense Book of the Year Award, it was adapted into a two-part miniseries by Lifetime TV. Anita Diamant’s other bestselling novels include The Boston Girl, Day after Night, The Last Days of Dogtown, and Good Harbor. Diamant has written six non-fiction guides to contemporary Jewish life: The Jewish Wedding Now, The Jewish Baby Book, Living a Jewish Life, Choosing a Jewish Life, How to Raise a Jewish Child, and Saying Kaddish. Pitching My Tent is drawn from twenty years worth of newspaper and magazine columns. An award-winning journalist, work has appeared in the Boston Globe Magazine, Real Simple, Parenting, Hadassah, Reform Judaism, Boston Magazine and Yankee Magazine. She is the founding president of Mayyim Hayyim: Living Waters Community Mikveh, a 21st century reinvention of the ritual bath as a place for exploring ancient traditions and enriching contemporary Jewish life. 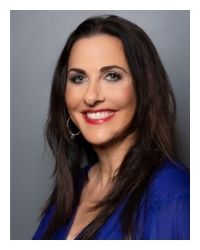 An Academy Award-winning producer for Best Documentary Short (2019) for PERIOD. END OF SENTENCE., Melissa Berton is a Los Angeles-based teacher and writer. She is the co- founder & Executive Director of The Pad Project, a non- profit organization dedicated to the principle that “a period should end a sentence, not a girl’s education.” In recognition of her human rights work to promote menstrual equity, Berton and The Pad Project received the 2019 the Feminist Majority Foundation’s Eleanor Roosevelt Global Women’s Rights Award.