Reflecting on subjects as far-flung as the international veneration of Anne Frank, the blockbuster traveling exhibition called “Auschwitz,” the Jewish history of the Chinese city of Harbin, and the little known “righteous Gentile” Varian Fry, Dara Horn challenges us to confront the reasons why there might be so much fascination with Jewish deaths, as emblematic of the worst of evils the world has to offer, and so little respect for Jewish lives, as they continue to unfold in the present.

In her latest collection of essays People Love Dead Jews, Horn draws on her own family’s life — trying to explain Shakespeare’s Shylock to a curious 10-year-old, her anger when swastikas are drawn on desks at her children’s school in New Jersey, the profound and essential perspective offered by traditional religious practice, prayer, and study — to assert the vitality, complexity, and depth of this life against an anti-Semitism that, far from being disarmed by the mantra of “Never forget,” is on the rise. 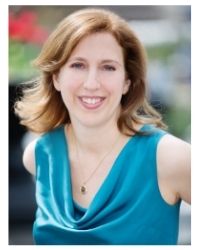 Dara Horn is the author of five novels and one of Granta’s Best Young American Novelists. She has taught Hebrew and Yiddish literature at Harvard, Sarah Lawrence College, and Yeshiva University. She lives in New Jersey with her husband and four children. 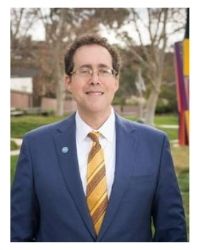 Rabbi Dr. Bradley Shavit Artson holds the Abner and Roslyn Goldstine Dean’s Chair of the Ziegler School of Rabbinic Studies and is Vice President of AJU. A passionate advocate for social justice, human dignity, diversity and inclusion, he has published and spoken widely on environmental ethics, special needs inclusion, racial and economic justice, cultural and religious dialogue and cooperation, and working for a just and secure peace for Israel and the Middle East. He wrote a book on Jewish teachings on war, peace and nuclear annihilation in the late 80s and became a leading voice advocating for LGBT marriage and ordination in the 90. A member of the Philosophy Department, he is particularly interested in theology, ethics, and the integration of science and religion. Rabbi Artson is also dean of the Zacharias Frankel College in Potsdam, Germany, ordaining Conservative rabbis for Europe.