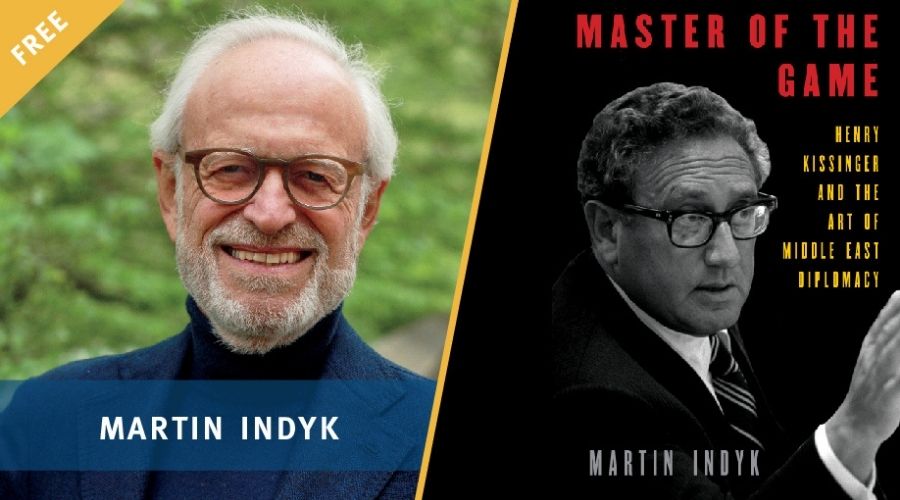 As special envoy for Israeli-Palestinian negotiations under President Obama in 2013, Martin Indyk watched first-hand as Israeli Prime Minister Netanyahu and Palestinian President Mahmud Abbas (Abu Mazen) repeatedly ignored or rejected American entreaties. After nine months of negotiations, the gaps were even wider than they had been at the start. To gain a better understanding of America’s current position in Middle East peacemaking, Indyk returned to the origins of American- led peacemaking efforts and Henry Kissinger’s diplomacy in the region.

In his new book, Martin Indyk takes an in-depth look at how American diplomacy operates behind closed doors, drawing on extensive interviews with Kissinger, newly available documents from American and Israeli archives, and his own parallel diplomatic experiences and interactions with the main players. From Kissinger’s efforts to end the Yom Kippur War, to the construction of his peace negotiations that laid the groundwork for the next 50 years of American diplomacy in the Middle East, Indyk closely analyzes and narrates each manipulation and counter-manipulation amid a roster of larger-than-life characters—Anwar Sadat, Golda Meir, Yitzhak Rabin, Hafez al-Assad, and Kissinger himself. Join him in conversation with AJU’s President, Dr. Jeffrey Herbst. 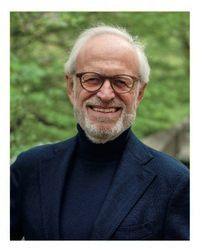 Martin Indyk is a distinguished fellow at the Council on Foreign Relations and a former U.S. ambassador to Israel, assistant secretary of state for Near East Affairs, and special assistant to President Clinton. Previously, Indyk was executive vice president of the Brookings Institution, where he had also served as vice president and director of the Foreign Policy program and the founding director of its Center for Middle East Policy. He served as President Obama’s special envoy for the Israeli-Palestinian negotiations from July 2013 to June 2014. He lives in New York.