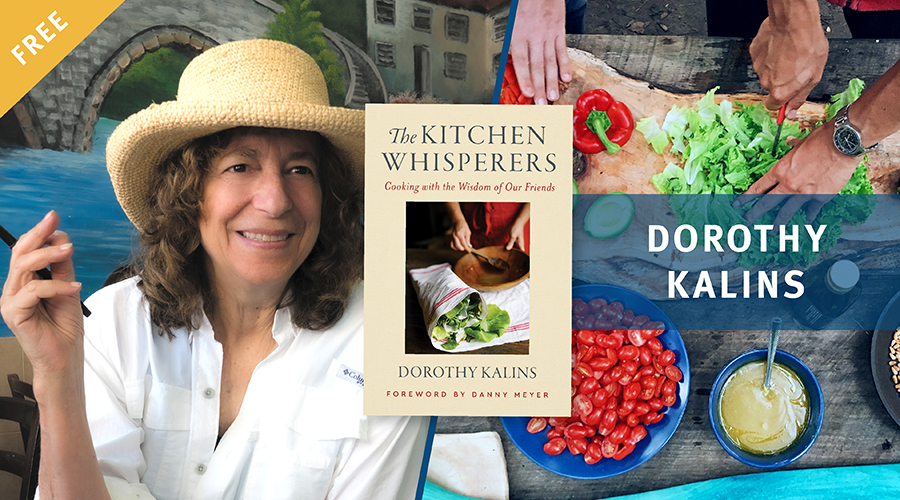 Noted food editor and publisher releases a book that cherishes cooking and is infused with wisdom from friends and mentors.

For Dorothy Kalins, Founding Editor of Savuer magazine, a lifetime of exposure to incredible cooks and chefs means that she can’t enter her kitchen without hearing the voices of mentors and friends with whom she cooked with over the years.

Her latest book, The Kitchen Whisperers, cherishes the food mentors in our lives. Woven through the text are dozens of narrative recipes, from her mother’s meat loaf to David Tanis’s Swiss Chard Gratin.

Join her in conversation with AJU’s Catherine Schneider to discuss stories and tips from Dorothy’s notable connections, and inspire your own creative food journey. 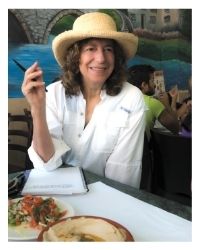 Dorothy Kalins is an award-winning magazine editor, with experience as the founding editor of Metropolitan Home, founding editor-in-chief of Saveur, executive editor of Newsweek, and much more. She has collaborated on the production of many cookbooks, including David Tanis’s bestselling A Platter of Figs, Michael Anthony’s Gramercy Tavern Cookbook, and V is for Vegetables, Michael Solomonov and Steven Cook’s Beard-award winning Zahav, Israeli Soul, and many others. In 2018, she was honored with induction into the American Society of Magazine Editors Hall of Fame. Kalins was the first woman ever named Adweek’s Editor of the Year, and in 2013, Kalins was voted into the James Beard Foundation’s Who’s Who in Food & Beverage. She lives in New York City with her husband. Follow Dorothy on Twitter (@kalins). 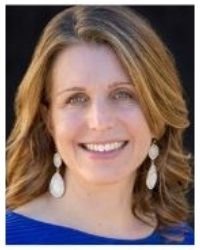 Catherine Schneider is AJU’s Vice President for Advancement and Chief Development Office. She is a seasoned fundraising and nonprofit professional, with over twenty years experience transforming organizations through development, stewardship and community relations. Ms. Schneider was previously the Executive Vice President, Donor Experience at The Jewish Federation of Greater Los Angeles. During her tenure at The Jewish Federation of Greater Los Angeles, Schneider also held the positions of Associate Chief Development Officer and Senior Vice President, External Affairs and Community Engagement. Prior to her time at the Federation, she held leadership and development roles at the American Israel Public Affairs Committee (AIPAC), Progressive Jewish Alliance, and Beit T’Shuvah.