Book Launch: Michael Oren's To All Who Call in Truth 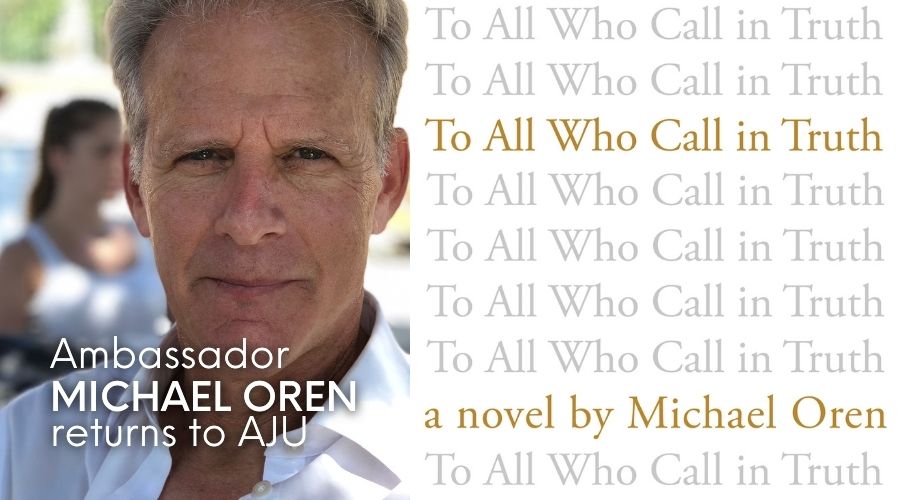 Book Launch: Michael Oren's To All Who Call in Truth

Back by popular demand!

Former Israeli Ambassador to the US and acclaimed author Michael Oren returns to AJU to launch his recent novel, To All Who Call in Truth, in which an unsuspecting coach and guidance counselor gets drawn into an illicit relationship and a macabre murder mystery in 1970s suburbia.

In this compulsively readable novel reminiscent of Philip Roth’s American Pastoral, Oren evokes a time of racial, political, and social turmoil in the 1970s.

Join him in conversation with AJU’s President, Dr. Jeffrey Herbst.

During his time in the Israeli government, Ambassador and Minister Michael Oren wrote copious amounts of fiction that he was not allowed to publish - until now. Following the recent publication of The Night Archer and other Stories, join him in conversation with AJU’s President, Dr. Jeffrey Herbst, to explore his views on Israel today and on fiction as an expression of Jewish life.

Dr. Jeffrey Herbst is the fourth president of American Jewish University.  At AJU, he has focused on promoting innovation in the university’s academic programs. He has also supported the growth of the Maas Center for Jewish Journeys, expansion of the B’Yachad/Together digital platform, and capital improvements on the Brandeis-Bardin Campus.